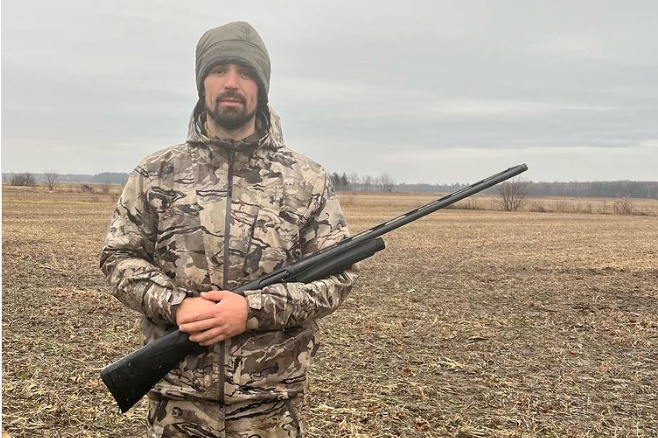 (Ottawa) The office of Public Safety Minister Marco Mendicino wants to “set the record straight” on Bill C-21, first by specifying that the weapon with which Montreal Canadiens goaltender Carey Price is photographed will remain legal. He demands in passing an apology from the CCFR, a pro-arms group, for its exploitation of the Polytechnique tragedy.

“When it comes to the debate about how to address gun violence, facts matter. First, the firearm pictured in Carey Price’s publication is not prohibited at this time and will remain legal,” the minister’s press secretary, Audrey Champoux, wrote in an email.

“Our legislation does not target firearms commonly used for hunting, and we fully respect the traditions of hunters and Indigenous peoples,” she added, accusing conservative politicians and pro-gun groups of “sowing fear” rather than “participate in the debate”.

According to the analysis of the photo carried out by the Royal Canadian Mounted Police (RCMP) during the weekend, it would be a 12 gauge weapon with a detachable magazine. However, it is not possible to identify it more precisely, because the goalkeeper hides the trigger section with his hands.

The minister’s office provided the comments in reaction to the star goalkeeper’s notable exit.

“I love my family, I love my country, and I care about my neighbour. I am not a criminal or a threat to society. What Justin Trudeau is trying to do is unfair,” the athlete wrote on Instagram on Saturday.

Apologies requested from the CCFR

In his publication, where he appears in camouflage, hunting weapon in hand, the goalkeeper also gives his support to the Canadian Coalition for Gun Rights (CCFR, in English).

The lobbying group has raised eyebrows recently, after using the promo code ‘Poly’ to purchase merchandise on its website in the run-up to the 33e anniversary of mass femicide.

“I feel a bit sick at heart. It’s odious, ”reacted in an interview Nathalie Provost, survivor of the massacre.

Minister Mendicino’s office saw it as new heights of indecency (“reached a new low”, depending on the expression used in the written declaration, more precisely)

“To create such a promotion on the eve of the anniversary of the tragedy that claimed the lives of 14 women is disgusting and reprehensible. We ask them to apologize, ”it was decided.

CCFR’s vice president of public relations, Tracey Wilson, assured that the promotion did not refer to the tragedy, according to The Canadian Press.

She justified herself by arguing that she was targeting Polysesouvient, the group of students and graduates of Polytechnique for the control of arms, which would have qualified the supporters of her organization as armed trolls, according to the agency.

The ground was already mined for the advancement of Bill C-21 on Ottawa Hill.

The addition of Liberal amendments during its study in committee, however, set things on fire, so much so that last week, the Trudeau government used a “planted” question in the House of Commons to come to its defense.

The disputed amendments surround the specifications added to the definition of prohibited firearms.

Semi-automatic weapons, including shotguns whose magazine can be modified to hold more than five rounds, would be banned, as would those that can fire projectiles with a muzzle energy of more than 10,000 joules and those with an inner barrel surface of 20 millimeters or more.

While reiterating his government’s intention to ban models of weapons designed to cause a large number of victims in tragedies such as that of the Polytechnique, Prime Minister Justin Trudeau did not close the door to a review of the long list of weapons on Monday.

“We are consulting Canadians on this. We know there are a lot of concerns from hunters. […] We want to make sure we don’t include guns that are primarily hunting weapons,” he said on the sidelines of an announcement in Ontario.

Its leader Pierre Poilievre, among others, welcomed the position of the hockey player of Aboriginal origin, whose career is on hold due to a knee injury.

“Carey is absolutely right. Hunting is a great Canadian tradition. The attempts to [Justin] Trudeau’s decision to ban shotguns is an attack on rural and indigenous populations,” he said.

The leader of the Bloc Québécois, Yves-François Blanchet, did not see it the same way.

The training leader, who is in favor of Bill C-21, suggested that the athlete had been taken for a ride, like others before him.

“Carey Price and so many others have been convinced that gun control has the purpose or effect of harming sport hunting. It’s wrong. The Bloc Québécois encourages sport hunting and the tourist/economic activity it generates in our regions,” he wrote on Twitter on Saturday.

The Standing Committee on Public Safety and National Security will meet on Tuesday, the 33e anniversary of the tragedy at Polytechnique, in order to continue its work on C-21.