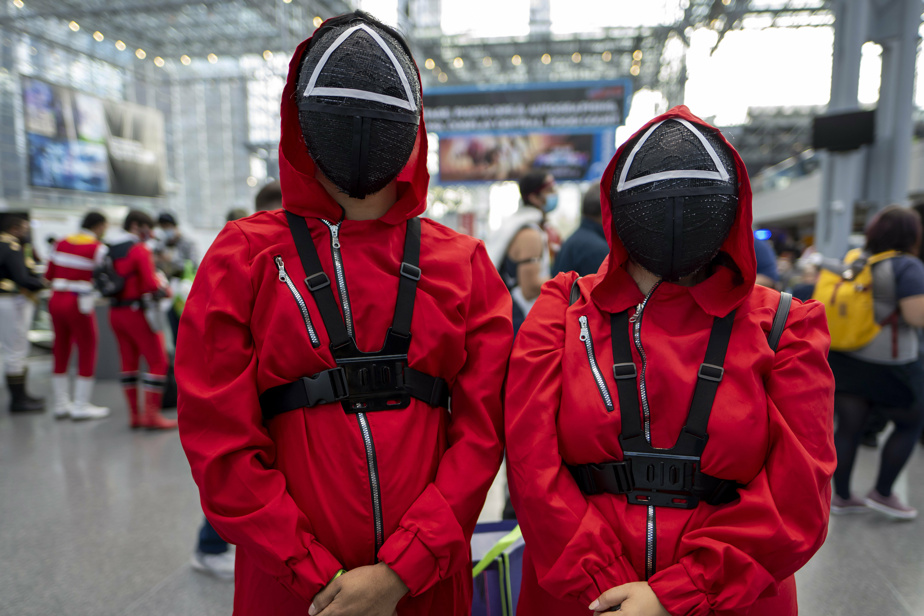 (New York) Costumes inspired by the South Korean series Squid Game are popular for Halloween, but schools in New York state have decided to ban them, deeming Netflix’s hit drama too violent for children.

In the United States, to mark the Halloween tradition, children are allowed to make their way to class in disguise for the last day of school before the celebration, which this year falls on a Sunday.

But in the Fayetteville-Manlius school district, located in upstate New York and on which six schools, including three elementary, depend, the costumes inspired by the series Squid Game will not have citizenship on Friday “because of the violent messages they can inspire,” said its superintendent, Craig Tice, in a statement sent to the media, including AFP.

The series, which has become a global phenomenon, features characters from marginalized fringes of South Korea who participate in traditional children’s games, such as “1-2-3 sun”, to win a huge sum of money. But the losers are killed as the trials progress, in scenes of great violence.

In the series, all the players wear green tracksuits that make them look like prisoners, while their guards and executioners are dressed in a fuchsia jumpsuit and wear black masks, on which appear a triangle, a circle or a square according to their rank. So many possible accessories to dress up on Halloween, and which were going like hotcakes in recent days in a store in Manhattan, New York, where an AFP journalist visited.

Usually, schools in New York are already banning all kinds of masks or dummy weapons, according to emails received by parents and seen by AFP.

“Staff recently noticed that some students at recess imitated the games of Squid Game While Netflix has classified the series as not recommended for under 17s in the United States, added Craig Tice.

“Our principals wanted to make sure families were aware that it would be inappropriate for a student to wear a Halloween costume from this show to school due to the potential violent messages associated with the costume,” he added.