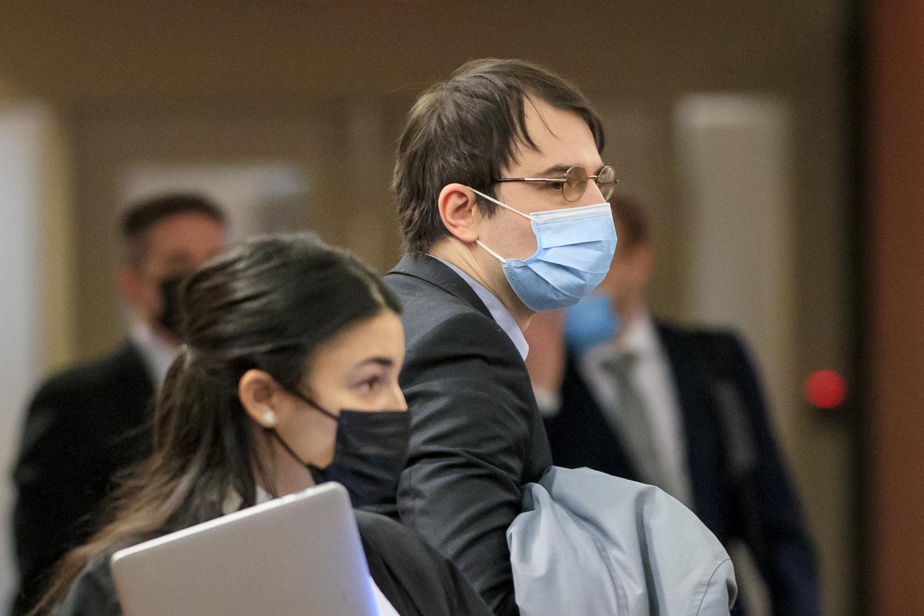 Gabriel Sohier-Chaput only wanted to “make people laugh” by joking about Jews and Nazism in a text published on an influential far-right American site. And if his remarks are in “bad taste”, they do not lead to “hatred of Jews”, pleaded the defense Friday at the trial of the Montrealer.

“He has the right to dislike Jews, dislike black people, and all of humanity. What he has no right to do is foment hatred. The rest doesn’t matter, ”summarized Mand Hélène Poussard in her argument Friday at the Montreal courthouse.

Gabriel Sohier-Chaput is accused of willfully fomenting hatred against Jews in an article published in January 2017 on The Daily Stormer, a far-right publication in the United States. Under the pseudonym Zeiger, the 35-year-old Montrealer has published around 1,000 articles on this neo-Nazi site, which he describes as “parodic” and specialized in “satirical Nazism”. Note that an image of Adolf Hitler was enthroned at the top of the site for a moment.

Gabriel Sohier-Chaput acknowledges having written certain passages of the article, but maintains that terms offensive to Jews were added by the editor. Among other things, the author argues that the “ancestral tradition” of swearing at Jews in the street should “definitely” be back.

But it is especially the first paragraph of the text which found itself at the heart of the argument on Friday.

“2017 will be the year of action. We need to make sure that no SJW or Jew can remain safely untriggered. Nazism, everywhere, until our streets are flooded with the tears of our enemies,” he wrote in English. The meaning of the expression safely untriggered was not unanimous in the trial and its French translation proved difficult.

In the eyes of the defence, this paragraph must be seen as “humor”. If the accused evokes Nazism, it is out of “derision” in response to “people on the left” who see Nazism in his legitimate right-wing ideas. “He is not saying to shed blood, to kill them,” pleaded Mand Poussard.

“What did Nazism do? What did it do in the story? You have to read what was said in the historical context. What is Nazism associated with? “, reacted the judge Manlio Del Negro.

“To despise is not enough”

According to the criminal lawyer, every word of this text should not be “taken out of context”, for example when her client speaks of the “tears” of her enemies, a “flowery” expression. A simple allusion to the tearful responses of his virtual opponents, according to the accused.

“Don’t you think that denotes a feeling that we should have hatred against these people and that Nazism will cause tears in the public highway? “, then asked the judge.

According to the defense, by reading this article, an “objective” person could in no way come to “hate” Jews. This is the crux of the charge of fomenting hatred. “The Supreme Court says that to despise is not enough”, recalls Mand Poussard.

In cross-examination this week, Gabriel Sohier Chaput admitted to being “aware” that Jews could – wrongly, according to him – interpret his remarks as “promoting the persecution of Jews”.