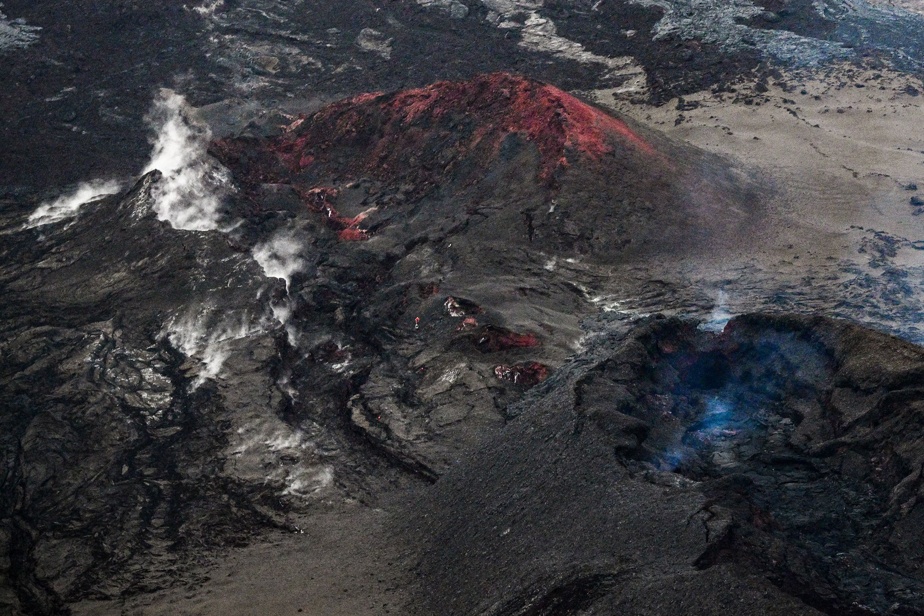 (Kailua Kona) The spectacular eruption in Hawaii of Mauna Loa, the largest active volcano in the world, which emerged from its torpor at the end of November after 38 years of calm, is now over, the American Institute of Geophysics (USGS) announced on Tuesday.

At the height of its fury, the volcano spewed fountains of lava up to 60 meters high and carried impressive flows of molten rock.

For two weeks, Mauna Loa, so wide that it covers half of the island of Hawaii, the largest of this Pacific archipelago, has also emitted tons of volcanic gas and spilled hair into the air. Pele, very sharp lava filaments named after the Hawaiian goddess of fire.

But the eruption of this titan, whose name means “Long Mountain” in Hawaiian, did not ultimately affect the homes of this American island in the Pacific. Admired by many scientists and tourists, it is now complete.

“Mauna Loa is no longer erupting,” USGS scientists announced in their latest bulletin.

Cracks had formed on the northeast flank of the volcano, where the lava flows had concentrated, which for a time threatened one of the main roads of the island.

The lava flows should now cool, but the molten rock remains hot, and some “hot spots” may continue to glow for quite some time, according to the USGS.

“Nevertheless, we do not expect a return of eruptive activity, given the behavior (of the volcano) during previous eruptions,” the Institute concluded.

Mauna Loa had not erupted since 1984. It spewed lava for 22 days, producing lava flows that washed ashore just seven kilometers from the town of Hilo, located northeast of the volcano. .

With a peak of 4169 meters, it is one of six active volcanoes in the Hawaiian archipelago and has experienced 33 eruptions since 1843. The main island of the archipelago is also home to a slightly higher volcano, Mauna Kea – 4207 meters above sea level.

Just southeast of Mauna Loa, the Kilauea volcano is experiencing very sustained activity, with almost uninterrupted eruptions between 1983 and 2019. Its latest, minor, has been underway for several months.