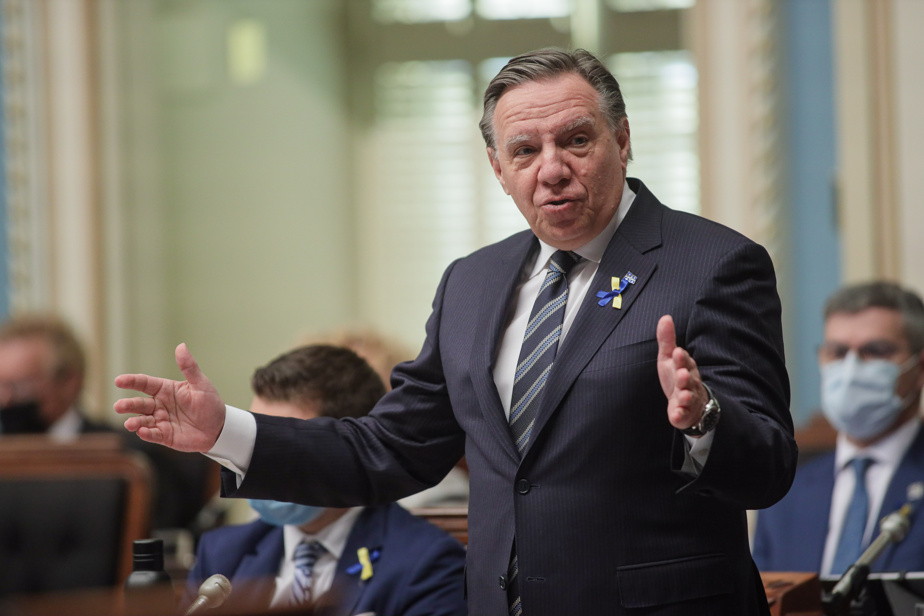 (Quebec) François Legault said Tuesday that about “20%” of the solutions that will be put forward in the plan to “refound” the health network “go through the private sector”. The Prime Minister made this declaration while the opposition is worried about the place that the private sector will occupy in the aims of the Legault government.

“Over the next few weeks, my colleague the Minister of Health will table a comprehensive plan. I would say that about 80% of the solutions to improve the health care system come from the public. But, there is a 20%, approximately, which goes through the private sector, ”launched Mr. Legault at the Blue Room where the 125 deputies have returned since Tuesday.

The Prime Minister was responding to the parliamentary leader of the Parti Québécois, Joël Arseneau, who accused him of turning to the private sector rather than having “the courage to turn to solutions for the public to tackle the real problems” of the health and social services network.

The Minister of Health and Social Services, Christian Dubé, confirmed in various media at the end of the week that the private sector will be called upon to carry out, in particular, the catch-up of surgeries in his plan to “refound” the network.

The calls for tenders will also be launched in the spring to renew the agreements with the specialized medical clinics, indicated to The Press the Deputy Minister of Health, Dominique Savoie.

The prime minister’s chief of staff, Martin Koskinen, also told The Press that Quebec was planning to open the door wider to the private sector without the patient having to take out his wallet to seek treatment.

“I hope that the parliamentary leader of the Parti Québécois is not against private clinics for family doctors. I hope […] that he is not against the fact that, during the pandemic, we had a lot of surgeries done by the private sector, which added to the work done by the public sector, ”said Mr. Legault to his vis- opinion. He did not specify which solutions involving the private sector could be put forward.

Minister Christian Dubé is due to present his “Health Plan” at the end of March, which will revolve around the four “foundations” of the network: human resources, data, computer networks and infrastructure. Mr. Dubé expects to obtain the amounts necessary to achieve his goals in the next Girard budget, on March 22.

On Tuesday, Quebec solidaire also sounded the alarm about the government’s intention to use private health care. “It is valuable because they will find us on their way, because the health system in Quebec, it must be public and we will defend it. If they have just that to offer Quebecers, it means that they have resigned, they no longer believe in it, and this is proof of their failure, ”lamented Vincent Marissal.

Liberal MP Monsef Derraji also speaks of “an acknowledgment of failure” for the government. “The solution that Mr. Dubé is selling on all platforms is a late wake-up call for me, because solutions exist, but unfortunately they have never taken seriously the basic problems of the network of the health, ”he said in a press scrum on Tuesday.