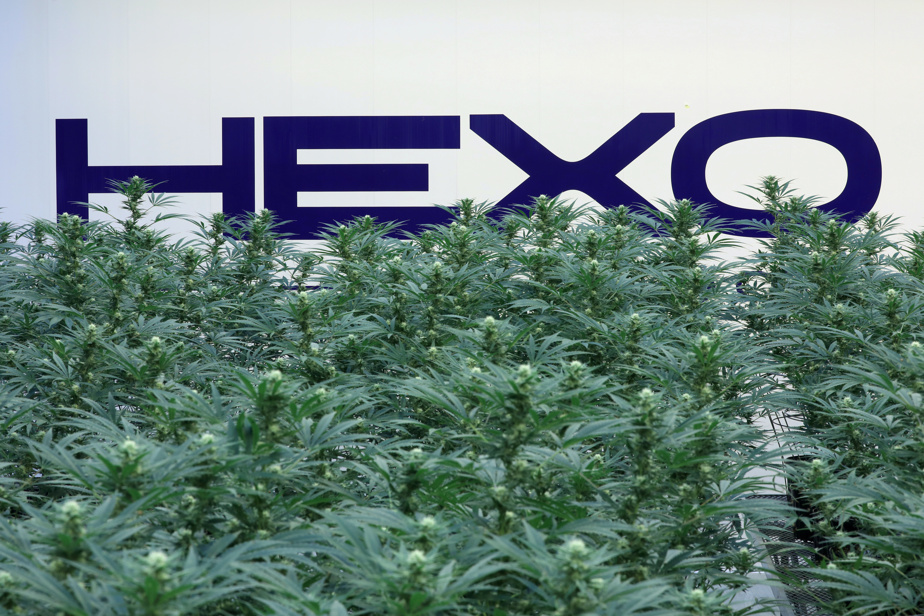 Cannabis producer Hexo took advantage of the disclosure of a quarterly loss more than 27 times greater than the same period last year on Tuesday to announce a new strategic plan that should cut costs, streamline operations and improve its performance. growth.

The company is reorganizing its activities and its management team since the departure in October of its co-founder and CEO Sébastien St-Louis and its COO Donald Courtney.

A few days later, Mr. St-Louis was replaced by Scott Cooper, who until then ran Truss Beverage, the joint venture between Molson-Coors Canada and Hexo behind beverages Little Victory, Mollo and Veryvell.

Mr. Cooper was immediately tasked with tackling the company’s recurring losses and responding to a recent review conducted by PricewaterhouseCoopers.

In its most recent review, the auditor noted that Hexo “(had) not maintained, in all material respects, effective internal control over its financial disclosures” and that several factors “(raised) substantial doubt as to its ability to continue to operate ”.

Mr. Cooper unveiled his response to those concerns on Tuesday with a plan called “The Road to the Future.”

“The days of unprofitable cannabis companies are numbered,” Cooper said on a conference call with analysts, during which he discussed the new plan.

This provides for five objectives: the reduction of production costs, the rationalization of the organizational structure, the achievement of cost synergies through acquisitions and plant closures, the concentration on revenue management, in particular with the setting of more rigorous pricing, and faster growth through market share gains.

As part of this plan, the company intends to re-focus on the therapeutics sector and integrate its recent acquisitions Zenabis Global, Redecan and 48North.

The company hopes these measures will help it better align supply and demand – a task that cannabis companies like Aurora Cannabis and Tilray have been working on over the past year, hoping to achieve profitability. .

However, finding this balance has not been easy as cannabis producers have had to deal with new purchasing habits among cannabis users during the pandemic.

These habits emerged as cannabis companies continued their efforts to squeeze the illicit market by lowering prices, which put pressure on their margins, while improving their revenues.

“We believe the added value we deliver with our high-quality products means more to consumers than a race to the bottom,” said Cooper.

“The companies that succeed in the future will be those that can successfully run their businesses, not those that have unprofitable market share. ”

Hexo also announced a series of management changes, including the departure on March 11 of Chief Financial Officer Trent MacDonald.

Jackie Fletcher has been named vice president of science and technology.