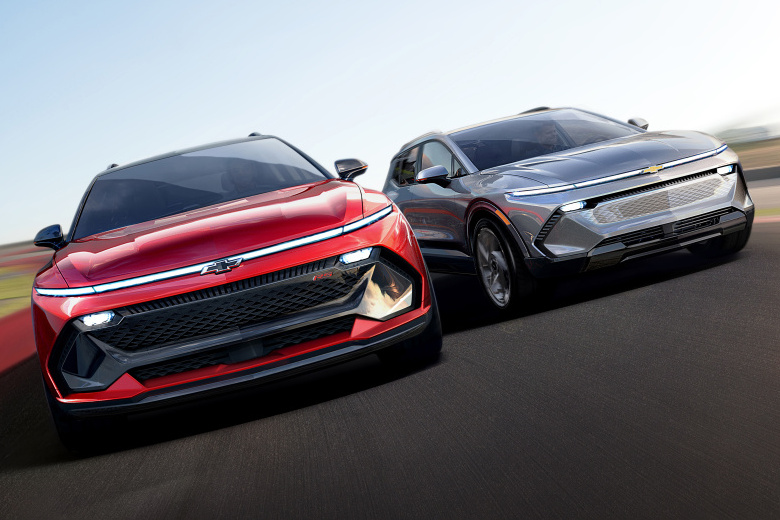 If there’s one automaker that knows how to build affordable mass-market vehicles well, it’s Honda. One of the most formidable creative forces of the modern phase of the automobile has served us the Civic, a model that is still a best seller in the traditional car segment. The Japanese brand last week confirmed its intention to collaborate with an American giant with a large production force, General Motors, to co-develop a range of more affordable electric vehicles.

This wind of democratization will no doubt be welcomed by the general public who are currently struggling to get their hands on an electric model at a relatively reasonable cost. There is certainly the question of supply, which limits the number of units offered, but it is also necessary to underline the rather high starting price of many models offered compared to vehicles of a similar format with hybrid or gasoline engines.

This new family will use Ultium battery technology designed by GM for its next generation of electric vehicles. The manufacturer will also begin marketing the first two models that make use of it: the GMC Hummer EV and the Cadillac Lyriq.

In a joint press release, the two manufacturers say they want to base their strategy on the standardization of production methods by using a common modular platform. We are targeting the compact crossover category, a format very popular with buyers of vehicles from general brands. We are targeting sales of several million units.

Interestingly, the press release states that General Motors and Honda are working on the design of a solid electrolyte battery, a technology promised to be revolutionary and which has been in the making for years. Cheaper, more compact, more energy dense and safer than the classic lithium-ion battery, it promises a flourishing future for all-electric.

The co-development of these new electric vehicles will result in a production launch only from 2027. That said, General Motors has promised by then an electric Chevrolet Equinox as early as next year at $ 35,000 and Honda will offer its electric Prologue from 2024. However, we will have to be patient before we see these advances in the affordability of the electric car in a tangible way.

Chevrolet Bolt production back on track

In parallel with this announcement, GM has confirmed to several American media that it has resumed production of its Chevrolet Bolt as planned at its assembly plant in Lake Orion, Michigan, on April 4.

The subcompact, which is the only electric model currently offered in GM’s portfolio in Canada, has suffered from an extended production shutdown since the discovery last year of a battery assembly defect produced by LG Chem. . The Korean subcontractor has ratified a US 1.9 billion compensation agreement with the American giant.

GM was waiting for the production of new batteries to be sufficiently advanced to ensure the recall of the 142,000 Bolts already produced. The problem detected on certain batteries could create overheating, which increased the risk of fire. It showed up at a really bad time, as GM had just launched a refreshed version of the model and a new EUV livery whose longer wheelbase ensures a bit more room in the back.