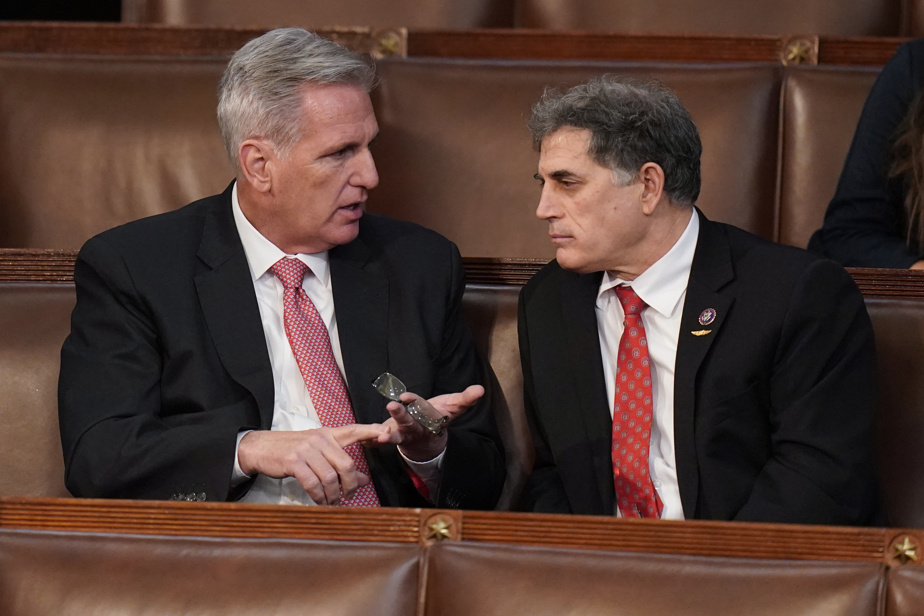 Republicans were busy behind the scenes Thursday to finally appoint a president to the US House of Representatives, and put an end to the paralysis generated by the revolt of a handful of elected officials from the right wing of the party.

The group still refused to fall into line after a seventh vote.

This blockage has very concrete repercussions: without a President of the Chamber, elected officials cannot take the oath, and therefore pass any bill.

“I have hope today that Republicans will stop bickering, backbiting, and backstabbing, so that we can work in service to the American people,” said Democratic Leader Hakeem Jeffries.

Members of the most conservative fringe of the party, these elected Trumpists fundamentally do not trust Mr. McCarthy and take advantage of the very thin Republican majority won in the November mid-term elections to set their conditions.

The Republican, who cannot be elected without their support, notably acceded to one of their requests aimed at facilitating the ousting of the ” speaker “, according to several American media.

But opposition to his candidacy seemed to crystallize.

“We are determined to profoundly change this institution which is on the wrong track”, justified the turbulent elected representative of North Carolina Dan Bishop from the hemicycle.

The election of the speaker “, the third most important figure in American politics after the president and vice president, requires a majority of 218 votes. Kevin McCarthy currently capped at 201.

How long will Kevin McCarthy’s candidacy be viable?

The elected representative of California does not have a credible competitor. Only the name of group leader Steve Scalise is circulating as a possible alternative, without his chances seeming serious.

Elected officials will continue to vote until a Speaker of the House of Representatives is elected. This was to be a matter of a few hours, but could extend over several weeks: in 1856, the elected members of Congress only agreed after two months and 133 turns.

“There is no doubt that the problems which divide us today are much less serious than those which we had in 1856”, launched the elected John James, calling on his colleagues to line up without delay at the side of Kevin McCarthy.

Democratic President Joe Biden on Wednesday called the situation “embarrassing”, assuring that “the rest of the world” was closely following the mess in Congress.

Annoyance and impatience was also felt in the ranks of the “Grand Old Party”, which largely support the candidacy of Kevin McCarthy, giving rise to very lively debates in the hemicycle.

The Republicans are thus unable for the moment to open the numerous investigations they had promised against Joe Biden.

A situation that the Democrats observe with a certain amusement, between smirking and applause to their Republican colleagues. Joe Biden’s party is united around the candidacy of leader Hakeem Jeffries, but the elected official does not have enough votes to access the perch either.

Facing a hostile but messy House could prove to be a political boon for Joe Biden, if he confirms his intention to run again in 2024 – a decision he is due to announce earlier this year.