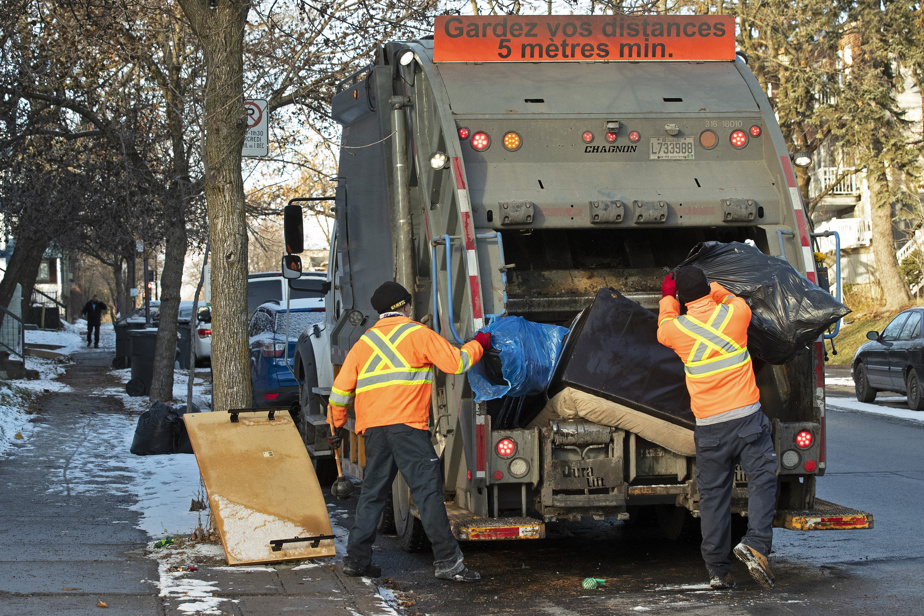 The Plante administration on Tuesday defended the spacing of household waste collection – a collection every two weeks – as this measure is about to be applied in Mercier–Hochelaga-Maisonneuve (MHM).

The East Montreal borough will eliminate half of its garbage collections by the end of next year. Goal: Increase the use of compost and recycling bins, which will continue to be picked up weekly.

“It’s a bold measure that takes elected officials, citizens and teams out of their comfort zone,” said Marie-Andrée Mauger, the elected official responsible for the environment within the municipal administration. She pointed out that the dumps used by Montreal are filling up quickly and that there is an urgent need to reduce the amount of garbage sent to the landfill each week.

“We see the limits of awareness, said the mayor of MHM, Pierre Lessard-Blais. We have to change our habits. The two elected officials spoke to the municipal council.

The official opposition at City Hall tried to convince the administration to continue picking up trash on a weekly basis during the hot season, from June to September, in order to limit odors and the presence of vermin. Valérie Plante’s team rejected the idea. “Cleanliness is a matter of dignity,” said opposition politician Alba Zuniga Ramos, who represents a district of MHM. The ecological transition should not rhyme with dirt. »

“If there is such enthusiasm from the administration for such a project, I invite them to lead by example, to move forward and to set up the same project in their borough”, attacked Julien Hénault -Ratelle, quoting the mayors of Rosemont-La-Petite-Patrie, Verdun and Plateau-Mont-Royal. “When they’re going to have hundreds of complaints from their citizens, I doubt they’re going to be laughing at the situation anymore. »

Mme Zuniga Ramos and Mr. Hénault-Ratelle say they have received numerous complaints from citizens of the borough who participated in a pilot project last year. This pilot project suggests that spacing out garbage collections could increase the use of other collection bins by 20%.

For the director general of the Council of Environmental Technology Companies of Quebec (CETEQ), Kevin Morin, the spacing of collections must be implemented “piecemeal”. “It’s not all black or all white. There are boroughs where people have large recycling bins where it’s easier to wait two weeks. But in other areas, where it’s more small bins or bags, it’s often more difficult for residents,” he says.

“In these sectors, we see that people end up sending waste that is often contaminated for recycling, because it’s easier for them. Except that it may contaminate 100% of the bin, and in the truck, contaminate even more materials. That is the primary issue,” insists Mr. Morin.

According to him, the pilot project held last year “precisely confirms these concerns that we see on the ground”. “We invite the cities that take this path to sit down with the industry to discuss the feasibility of the project, depending on the sectors that are targeted. The key is really there, ”concludes the DG.

CETEQ represents approximately 200 member associations or companies, particularly in the recycling industry. Together, these companies represent 15,000 workers, for an annual turnover of more than 2.1 billion dollars.