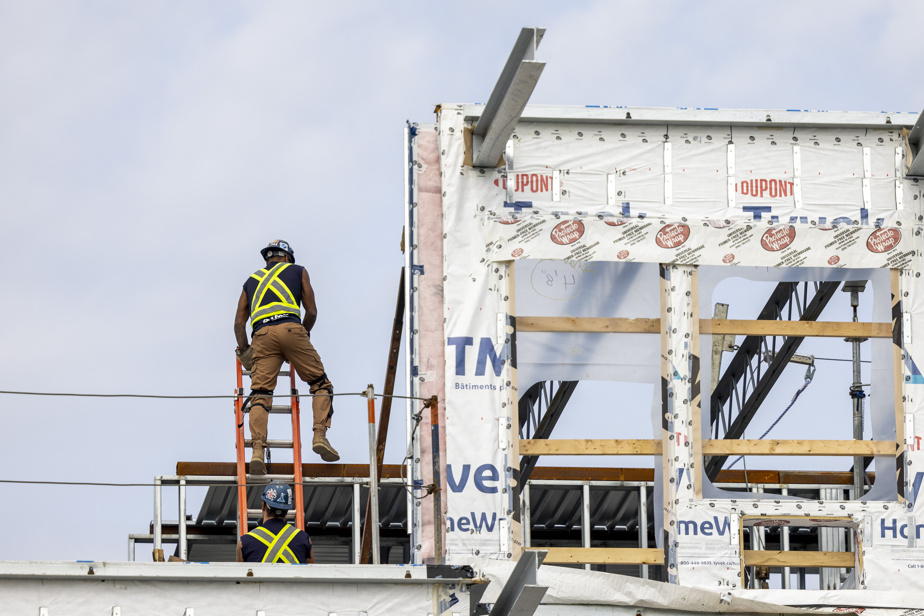 (Montreal) The housing crisis is worsening at high speed in Quebec as the Association of Construction and Housing Professionals of Quebec (APCHQ) reports significant drops in the number of housing starts housing last September.

The APCHQ had already sounded the alarm last June in an analysis that concluded that there was a shortage of 100,000 housing units in Quebec, ie 58,000 single-family homes, 15,000 rental units and 37,000 social housing units.

Now, the APCHQ counted last September a drop of 30% in the number of single-family homes and 31% in the number of collective housing starts compared to September 2021. These data, which come from the Canadian mortgages and housing (CMHC), report declines in five of the six metropolitan areas of the province, with Gatineau in first place (-74%), followed by Trois-Rivières (-49%), Sherbrooke (-42%) , Quebec (-39%) and Montreal (-27%). Only the Saguenay metropolitan area shows a 110% increase in overall housing starts between September 2021 and September 2022.

“In the wrong direction”

“We’re headed in the wrong direction, indeed,” says Paul Cardinal, director of the APCHQ’s economic department, without hesitation, in an interview with The Canadian Press.

“The CMHC says that there could be a shortage of up to 630,000 housing units in 2030 if we do not significantly accelerate housing starts in Quebec,” he recalls. So we need to build more. »

If the deficit of 100,000 units was structural, the decrease in housing starts which will aggravate it is cyclical, a direct consequence of the rise in interest rates which has a domino effect on the whole chain.

“Interest rates mean that there is a slowdown in sales for owner-occupiers, so condominiums and single-family homes, but this also affects rentals: as financing costs are higher, the profitability is not there for certain projects. For it to be there, the rents would have to be increased significantly and there are developers who note that the market is not able to take these rents, ”explains Mr. Cardinal.

The impact of the rise in interest rates is therefore twofold. It slows down access to property for tenants and slows down the construction of new housing, which is exactly the opposite of what Quebec needs.

“Rentals must not slow down because we have the worst affordability of access to property in 32 years currently in Quebec, which means that there are fewer households who will be able to access ( to the property). They will find themselves tenants”, and this, in a market where there is already a shortage.

At the same time, adds Paul Cardinal, after the sharp slowdown in the reception of foreign workers and students caused by the pandemic, they are returning in large numbers and are, for the overwhelming majority, tenants. “They are non-permanent residents and they have to be housed somewhere. »

Unless rental housing construction picks up quickly, the situation will get worse, he warns. “It is not expected to decrease, since there is a general labor shortage. We’re going to have to take in more foreign workers and we don’t have the space to accommodate them, so it’s a bit of a vicious circle. »

Moreover, the labor shortage is also affecting the construction industry and contributing to the slowdown. “The lack of labor is one of the factors that makes it difficult for us to achieve a higher rate of housing starts. There are also still supply problems, but already in 2021, promoters told us that they had planned to take on a few fewer mandates in 2022 because they had difficulty having the staff required to complete the projects that had started. »

The problem is so disturbing that it leads entrepreneurs to think of new solutions. “We would be ready, in the construction market, to welcome seasonal workers, even if construction is 12 months a year. If they are here from April to October, for example, they can lend a hand. It would be welcome because we really need workers on the construction sites,” said Mr. Cardinal.

However, this industry is not known for its ability to integrate workers who do not hold a competency certificate from the Commission de la construction du Québec. Even the exchanges of workers between Quebec and different provinces have often proved to be a headache, when it is not the exchanges between different regions within Quebec itself.