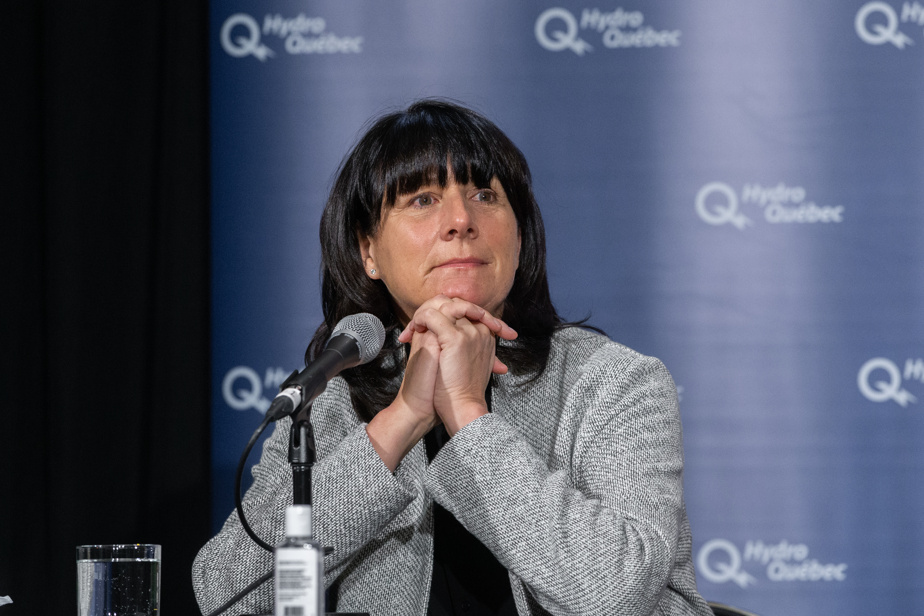 Surprise, incomprehension and concern greeted Sophie Brochu’s decision to leave her position as CEO of Hydro-Québec in the middle of her mandate when she had set several major projects in motion to ensure the future of the company. State.

“For someone like me, it’s the best job in the world,” she admits in an interview with The Press. She ensures in the same breath to be serene and convinced of having made the right decision.

Her departure comes just a few months after the very public dispute between her and the new minister responsible for Hydro-Québec, Pierre Fitzgibbon, over the future of the organization, but the main interested party is careful not to confirm this explanation. most obvious to everyone.

“There are never good times to leave and it was the right time for me and for Hydro-Québec,” she repeated.

The real reason for her departure remains open, however, especially since the CEO claims to have nothing else on her board after April 11.

I’m not going anywhere, I’m not sick and I don’t want to make more money. I have no plan.

Last fall, Sophie Brochu had threatened to resign if Mr. Fitzgibbon decided to favor economic development and make Quebec the “Dollarama” of electricity.

“What should not be done is to attract an undue number of industrial kilowatt hours who want to pay cheap, and after that, to build dams to supply them because we lack energy”, had – she explained in an interview to Paul Arcand at 98.5 FM.

In an attempt to calm things down, and in a gesture rarely seen during the formation of a Council of Ministers, François Legault announced that he would bring together Sophie Brochu and Pierre Fitzgibbon within a Committee on the economy and transition. energy that he himself will chair.

“I will continue by your side,” Ms.me Brochu after the announcement of the formation of the committee. “As long as the governance framework within the Hydro-Québec government is sound and we are able to assert the major prerogatives of the energy system’s needs, I will be there. But if, for one reason or another, I saw that this system was at risk, well, I would have serious discussions with my shareholder,” she said during this radio interview.

Sophie Brochu took office on 1er April 2021, in the midst of a pandemic. As soon as she arrived, she set aside the strategic plan that her predecessor had just tabled to outline a new vision for the future of the state-owned company.

Will this new vision suffer the same fate as its predecessor’s strategic plan? “There isn’t a sane leader who thinks his plan is going to stay the same,” she says of this.

Sophie Brochu has no regrets in leaving barely sketched plans to the organization to secure its future. “Hydro-Québec is like the Sagrada Familia, it will never be finished building,” she says. I could have worked there for up to 100 years”.

The challenges ahead are enormous, according to her, and if she chose to leave it is not because she does not feel capable of facing them.

“It’s not my talent”, explains the one who describes herself as “an architect” more adept at making plans than executing them.

Sophie Brochu still spent 20 years at Énergir, but she believes that Hydro-Québec is a long-term project that demands a lot from its leaders. “The public gaze is not the same,” she adds.

Sophie Brochu made her decision to leave after the first meeting of the new committee formed to reconcile the different visions of Hydro-Quebec’s role in Quebec’s economic development.

This first meeting went well, according to sources both in the government and at Hydro-Québec.

For example, the company obtained to be released from the obligation to serve all industrial customers with needs of 50 megawatts or less, which it had been asking for for a long time. The government had also canceled the calls for tenders it had announced for additional energy, leaving it to Hydro-Québec to redefine the conditions.

Two weeks before this meeting, Pierre Fitzgibbon was already laying the groundwork for a new energy strategy that would change the practices of the state-owned company.

He announced his intention to table in 2023 “a very tough bill”, “much more important for Hydro-Québec”.

“The idea, of course, is to make Hydro-Québec more agile in the face of the new energy reality, the reality that we have to deal with economic development, but at the same time, as we said, also take care of the decarbonization of the economy,” he said.

It was during this press conference that the minister launched into a tirade on “energy sobriety”, a new discourse for the government.

On Twitter, Mr. Fitzgibbon thanked Sophie Brochu for her contribution. “Thank you Sophie Brochu. You are a natural and dynamic leader, an inspiration to many, he wrote. I am certain that you will continue to influence and pave the way for many decision makers of tomorrow”.

The resigning CEO is not too worried about the future. “Hydro-Québec has a whole management team,” she says.

What also gives her hope is the population’s new interest in the energy issue, which she helped to arouse. “In a short time, we started doing new things, we consulted the population, we opened the walls and the curtains”.

At the same time as Sophie Brochu, Hydro-Québec will also lose another important leader, the chair of the board of directors, Jacynthe Côté, who has already announced her departure.

The succession to the management of Hydro-Québec is already causing concern, particularly on the part of employees who fear the period of instability that is coming. “The departure of Sophie Brochu after only three years in office raises fears that political influence may have played a role in her decision,” said Patrik Gloutney, president of SCFP-Québec, which represents 15,000 salaried employees of Hydro-Québec. .

For Sophie Brochu, the simultaneous departure of the CEO and the president of the board of directors could prove to be a good thing. “It allows you to name a tandem that will work well together,” she says.