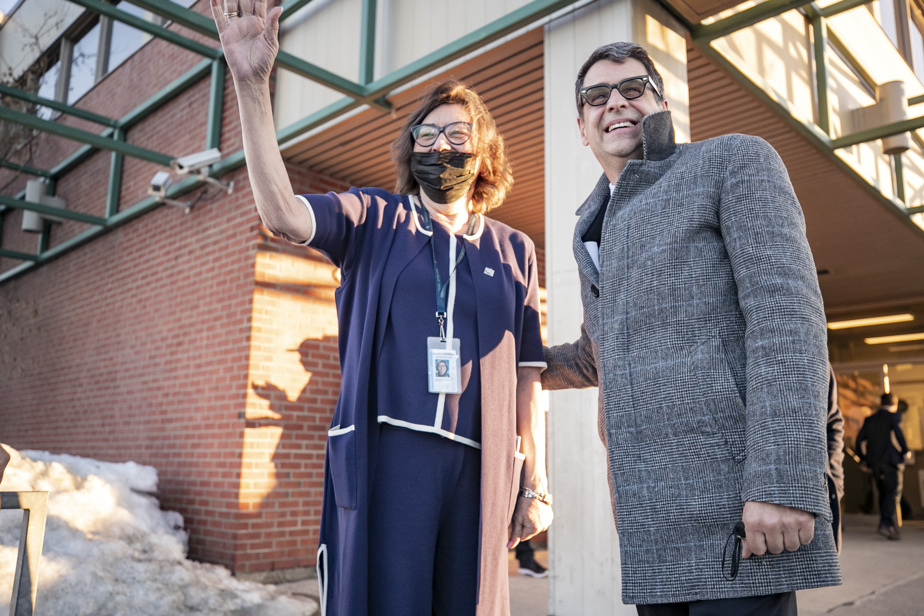 (Quebec) Even if the Conservative Party of Éric Duhaime is against the law on the prohibition of hydrocarbons adopted Tuesday, its deputy Claire Samson judges that she did well to abstain at the time of the vote.

The law puts an end to all exploration and exploitation of hydrocarbons in Quebec and compensates up to 100 million companies that hold permits.

However, Conservative leader Éric Duhaime is in favor of the exploitation of Quebec’s hydrocarbon reserves, but his only MP preferred not to vote against the law. The elected representatives of Québec solidaire (QS) also abstained.

In a press scrum on Wednesday, Mme Samson first said she was not in the House, then she corrected herself and justified her abstention.

“I had a telephone meeting in my office and I did not know that the vote was going to be called”, she first argued in a press scrum until journalists reminded her that she was beautiful. and indeed in the House at the time of the vote.

” Oh yes ! she then launched. I abstained, for the sake of integrity and rigour. »

As she did not sit on the commission that studied this bill, she feels that she was not familiar with the bill.

“I am the only member of the Conservative Party, I cannot sit on all the commissions. »

Did her boss call her to order? “He didn’t tell me about it,” she replied. I abstained. I think I did the right thing. »

Members of the government, the Liberal Party (PLQ) and the Parti Québécois (PQ) voted for the adoption of this law led by the Minister of Energy and Natural Resources, Jonatan Julien.

Quebec thus becomes the first state in North America to renounce the extraction of hydrocarbons.

It does not provide for any compensation for potential loss of revenue incurred through the redemption of permits.

The oil and gas companies were asking for at least $500 million in compensation.

Utica Resources has already indicated that it contests the compensation provided by the government.

The Quebec Energy Association (AÉQ) and the Abenaki Council of Wôlinak also condemned the law. According to the AÉQ, Quebec is “the only one in the world right now to give up its potential” in gas and oil.

According to the Abenaki, this is a violation of First Nations rights, because the community recently reached an agreement with a producer.

There are currently 182 active permits, mostly in the St. Lawrence Valley and in the Bas-Saint-Laurent and Gaspésie regions. There are also currently 62 wells to be rehabilitated.

There has been no exploration work in Quebec since 2011.