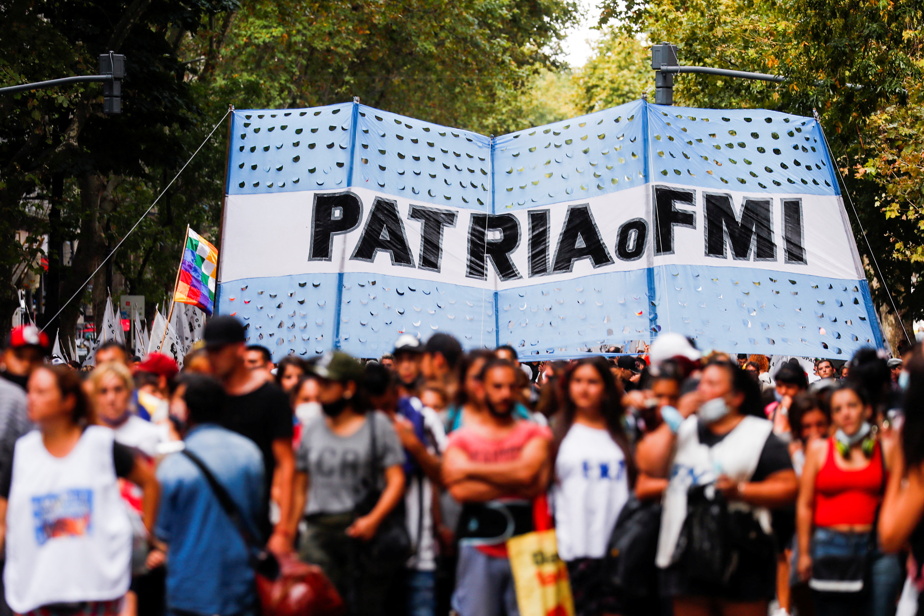 (Washington) The board of directors of the International Monetary Fund will meet next Friday to discuss Argentina’s request for a debt agreement, the institution’s IMF spokesman announced on Saturday.

The Argentine Senate on Thursday definitively approved the agreement between Buenos Aires and the IMF on the refinancing of the debt of 45 billion dollars with the IMF.

The agreement still needs to be signed by the IMF’s board of directors.

“The legislative approval is an important signal that Argentina is committed to policies that will encourage more sustainable and inclusive growth,” IMF spokesman Gerry Rice said in a statement.

But he also stressed the need to “take into account the rapidly changing global environment, including the war in Ukraine”.

The IMF Executive Board will therefore meet “to discuss Argentina’s request for an IMF-supported program on Friday, March 25”, he added.

He further indicated that the Argentine authorities had “informed the IMF that they will combine Argentina’s March repayment obligations due on March 21 and 22 into a single redemption before March 31, 2022, for a total amount equivalent to approximately 2.014 billion special drawing rights”.

The spokesperson stresses that Argentina will thus remain “up to date with its payments to the IMF and, therefore, will not incur arrears”.

An agreement on a refinancing program was sealed on March 3 by the government and the IMF on the debt of nearly 45 billion dollars, a legacy of a record loan contracted in 2018 by the previous government of liberal Mauricio Macri.

This is the 13and agreement concluded between the Fund and Argentina since the country’s return to democracy in 1983.

Prior to this agreement, Argentina was at risk of default.