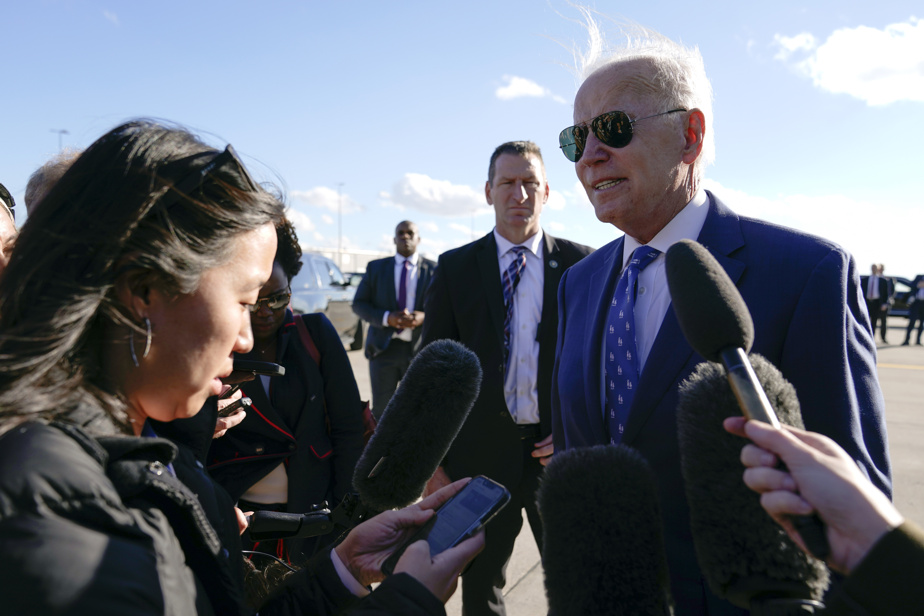 (Washington) Joe Biden said on Wednesday that he had the “intention” to go to the border with Mexico, and announced that he would speak on Thursday on the arrival of migrants from the southern United States.

The American president did not give more details on the date of this visit, he who goes next Monday to Mexico for a summit with the Mexican and Canadian leaders.

The Democrat indicated on Wednesday, on his return from a trip to the center of the United States, that he “would make a speech [jeudi] on border security”, a politically sensitive topic as migrant arrivals reach record highs.

The White House has so far struggled to put in place a sustainable strategy to manage arrivals at the 3,000 kilometer long border with Mexico.

The Biden administration’s immigration policy so far has largely depended on a measure put in place by former President Donald Trump, which severely restricts entry into the territory in the name of health concerns.

This legal device, known as “Title 42”, has been the subject of several legal battles. The Supreme Court decided to maintain it on December 27, pending a decision on the merits next spring.

The migration crisis on the southern border is one of the favorite subjects of the Republican opposition, which criticizes Joe Biden for being blind in the matter and regularly asks the American president as well as Vice-President Kamala Harris to get there.

Many US states are warning of an influx of migrants once Title 42 is lifted, as illegal arrivals at the US border with Mexico are already breaking historic records, with more 200,000 arrests in November alone.