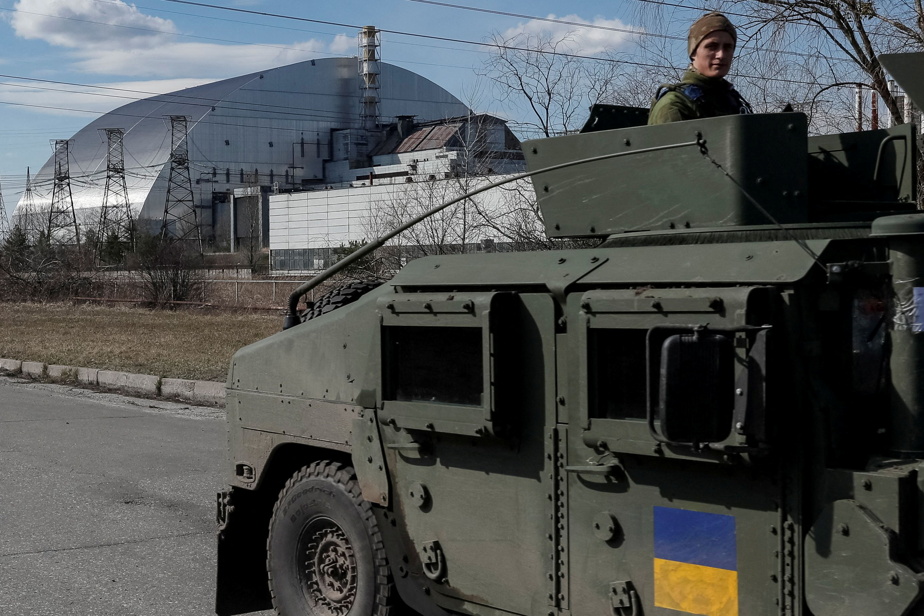 (Kyiv) Ukrainian authorities are failing to restore means of monitoring radioactivity in Chernobyl, northern Ukraine, where Russian soldiers they say created an underground network when they occupied the site of the worst accident nuclear ever occurred.

“The system for controlling the level of radioactivity in the prohibited zone still does not work,” said Yevgen Kramarenko, head of the state agency in charge of the Chernobyl prohibited zone.

“The servers that manage this information have disappeared,” he added, during a videoconference followed by AFP. “We cannot say if (the area) is entirely safe. »

According to him, “until the electricity is restored and that the employees do not have the authorization of the armed forces to go to the radioactivity checkpoints, we cannot assess the damage suffered. »

Mr. Kramarenko further assured that “the (Russian) occupants had dug in multiple places” in Chernobyl, where the nuclear accident occurred in April 1986.

“They buried heavy equipment, created trenches and even underground kitchens, tents, fortifications,” he said. “One of these fortifications is located near a site for the temporary repository of radioactive waste”.

The Russian army seized the nuclear power plant on the first day of Moscow’s offensive against Ukraine on February 24. She withdrew from it at the end of March, according to the Ukrainian authorities.

Russian soldiers will “very soon” feel the effects of the radiation, Mr Kramarenko warned. “Some within a month, others within years. »

According to him, about a thousand Russian soldiers were deployed in Chernobyl for several weeks, along with 50 armored vehicles.