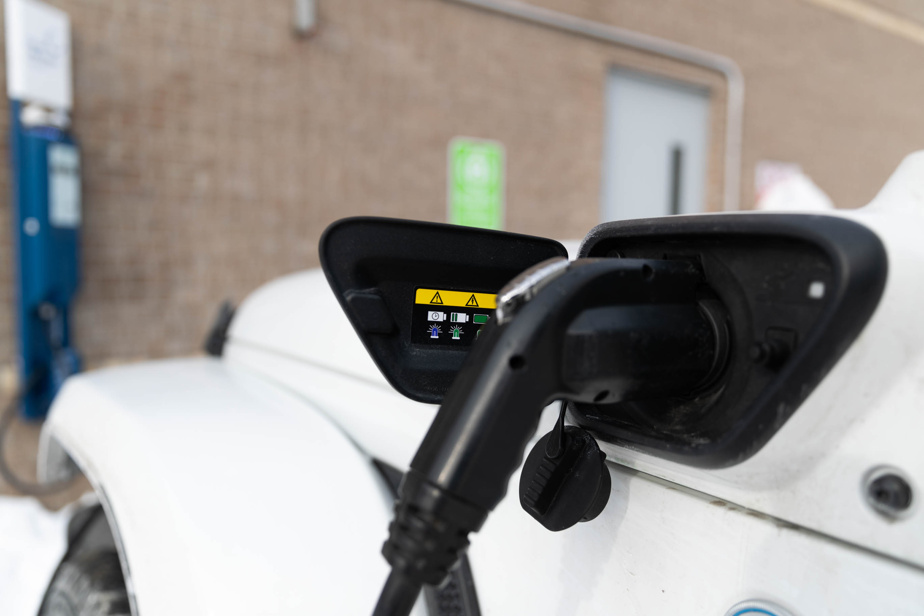 (Ottawa) Never before have so many new electric vehicles hit the road in Canada as in the past year, but this growth is far from comparable to what is happening in Europe.

There were also more new electric vehicle registrations in just nine months last year than in a full year before.

But electric vehicles in Canada still accounted for only 5% of passenger car registrations, well below the federal government’s goal of one in two new registrations by 2030, and all by 2035. That includes battery-only, plug-in hybrid and hydrogen fuel cell vehicles.

For Clean Energy Canada program manager Joanna Kyriazis, the growth of the Canadian electric vehicle market is good news, but it’s not keeping pace with Europe.

Two years ago, the market share of new electric vehicles in Canada was 3%, tied with France, Germany and the United Kingdom. But last year, these vehicles accounted for around 17% of new registrations in the UK and France, and more than 25% in Germany.

“So they started in the same place as Canada in 2019 and in two years, they saw sales skyrocket,” analyzed M.me Kyriazis.

“So hopefully Canada is on the verge of seeing the same kind of exponential growth in electric vehicle sales if we can get around the supply issues.” »

Mme Kyriazis says demand in Canada is strong, citing a recent survey by Clean Energy Canada that found 80% of Canadians were willing to buy an electric car before the recent spike in gas prices.

The problem remains availability, she argues.

“Low inventory levels mean dealers can’t keep up and Canadian drivers wait not only months, but in some cases years, to get their hands on a new electric vehicle,” she said.

Environment Minister Steven Guilbeault is currently consulting on how best to achieve the targets by 2035, including a system of mandatory electric vehicle sales quotas similar to those that have already existed since 2018 in Quebec. and since 2020 in British Columbia..

Dealerships that do not sell a sufficient proportion of zero-emission vehicles risk financial penalties.

Mme Kyriazis said sales quotas are a critical part of the solution, as they force automakers to adjust their vehicle production and distribution. According to her, Minister Guilbeault must adopt such a measure on a national scale.

In a written statement Monday, Guilbeault said the government remained committed to doing so.

Three out of four electric vehicles registered in Canada last year were sold in British Columbia and Quebec. Mme Kyriazis believes the quotas are responsible for this, as they force automakers to ship most available electric vehicles to dealerships in those provinces.

Quebec and British Columbia also offer their own rebates in addition to federal financial assistance for new electric car purchases.

“We don’t see any evidence that mandatory sales or zero-emission vehicle quotas are having an impact on demand,” he said. In British Columbia and Quebec, we saw an increase when the (monetary) incentive was put in place. »

CVMA is lobbying the federal government, ahead of the next budget, to triple the amount of rebates for the purchase of electric vehicles offered to Canadian consumers.

On the other hand, the association asks Ottawa to abandon the idea of ​​introducing quotas which would oblige dealers to sell a minimum number of electric cars, under penalty of royalties.