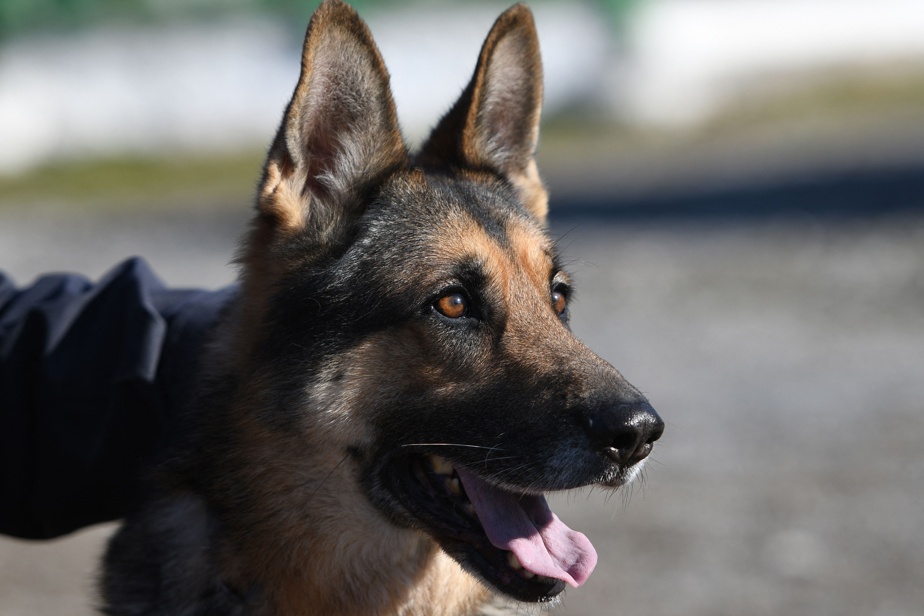 (Tirana) After ten years of good and loyal service, Konti, a German shepherd specializing in the detection of dirty money, has been retired by the Albanian police with a view to being offered for sale in public.

About twenty police dogs have just been discharged, bloodhounds too old to continue their missions or young people who have not passed the ramp for admission to police canine units.

But ten-year-old Konti is lucky. His dog handler, Ilir Balla, 45, cannot bring himself to part with him and will buy him back to take care of him “until the last days of his life”.

“Relations with the animal are special for everyone, but our attachment is different,” the officer told AFP at the Police Dog Training Institute in Tirana, where his animal trains to detect bundles. tickets.

“We are a team and the bond between us is very strong, very special”. Konti, who has eye problems, has an “exceptional sense of smell” which allowed him to detect “large volumes” of undeclared liquid at Tirana airport, the dog handler said.

The Ministry of Finance published in January a list of 18 canids offered to the general public at prices ranging from 60 to 170 euros, with the possibility for buyers to increase these prices.

Among them, eight shepherds at the end of their career and “young people born in 2020 who lack technical skills and could not pass the exams” to practice in the police, explains Lavderim Balla, veterinarian of the Training Institute.

At the beginning of February, two two-year-old dogs, Juli and Fels, had aroused the interest of candidates who offered to acquire them for 200 euros. According to the procedure chosen by the authorities, the other canids on the list must then be offered at lower prices while the dogs that have not found a buyer at the end of the process will be given to foster families.

Dritan Zela, 51, does not have the opportunity to take Diksi, 11, an “excellent” anti-drug agent, his best friend who even saved his life during delicate operations, into his home.

“I regret his departure, we’ve been together for years, we’re like a family, I’m going to miss him but wherever he is, I’ll go visit him,” said Dritan visibly moved, stroking the animal.

On the adoptive side, Saimir Hasmataj went to the institute to choose a dog before presenting his case to the Ministry of Finance. He selects Orsa, nine years old, because she has experience and “a whole story” that he can tell his children.

The institute houses more than 80 dogs, German shepherds or Malinois, specialized in the detection of drugs, weapons or banknotes.

Enver Hoxha, three decades under his belt in the police force, will have a hard time forgetting his old friend Dei, a search and rescue dog who will soon be reformed.

For two years already, he has been taking care of Brandi, a German shepherd who became a star of the Albanian police during an earthquake which killed around fifty people at the end of 2019. When the situation seemed hopeless, the dog found survivors under the rubble.

“They are all our heroes,” summarizes Dritan.