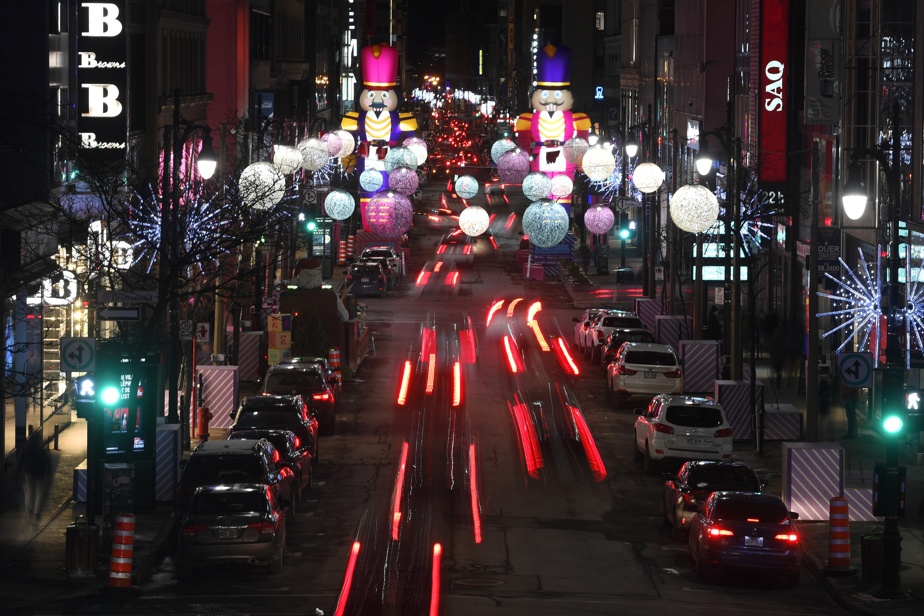 Canadians looking for Black Friday deals have done so without facing long lines or crowded shopping malls this year, with high inflation in particular convincing some people to limit their spending.

Additionally, retailers have spread their sales over several weeks and offered similar discounts online, eliminating some of the frenzy surrounding what was once a big day for holiday shopping.

Many Toronto-area big-box stores, such as Best Buy and Walmart, didn’t have the lines that once formed early on Black Friday morning.

The Eaton Centre, in the heart of the metropolis, seemed busy at dinnertime, but the activity was closer to that of a typical Friday, compared to the crowds and queues that marked the previous years the pandemic. Few shops seemed to have queues of customers waiting.

“We are seeing a dilution of Black Friday as a physical shopping event, where people go to the store early in the morning,” retail analyst Bruce Winder observed Friday.

“The event has finally reached that tipping point where it’s much less a shopping day than a shopping period. »

“The need to line up isn’t as necessary,” she said Friday. Most retailers already have sales for a good part of the week. »

Inflation, a drag on spending

Despite this relatively reduced traffic compared to recent years, overall Black Friday sales should be strong as inflation intensifies the hunt for bargains, experts estimate.

Yet the rising cost of living will also lead some customers to “choose” their spending more, Winder said.

Inflation, the highest in several decades, has driven up the price of many basic necessities, and interest rate hikes by the Bank of Canada to fight inflation have inflated the associated costs, for example, lines of credit or variable rate mortgages.

Winder said stores offering great deals of up to 70% off will be busy, while retailers with more timid discounts won’t see the same traffic online or in stores.

Some retailers, especially those with high inventories, such as clothing stores, will likely have higher in-store sales than online.

“If the merchandise is already there and they’re running out of space, they’ll want to turn it into cash, especially if they don’t have the space to repack it and store it for another year,” he said. he continued.

From queue to online shopping

After more than two years of the pandemic, some Canadians are eager to return to in-person shopping, but others now prefer to shop for holiday gifts online.

Bradley Thompson, of Oakville, Ont., said he plans to do all his Christmas shopping on Black Friday, but said he wouldn’t set foot in a store.

“I’m not a big in-store shopper. I am a true millennial in the sense that I will do all my shopping online, he said. As a personal challenge, I try to do all my Christmas shopping during the Black Friday sales. »

He usually checks sales at big players in the industry, like Amazon, Walmart and Best Buy, but he’s increasingly making purchases on Etsy and from smaller local businesses online.

Overall, he feels the Black Friday deals he saw were good, but not great.

“The discounts don’t seem as big as they used to, but they make them last a little longer,” Thompson observed.

“Inflation is crazy right now, so every little saving can help. »