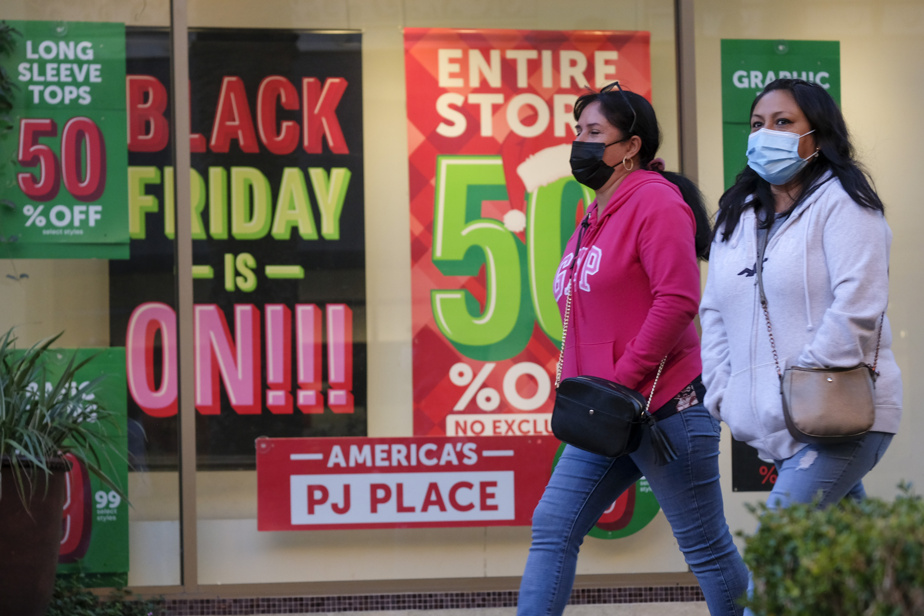 (New York) The traditional kickoff of the Christmas shopping season, Black Friday, a day of promotions in stores and on the internet, risks being marked by inflation. In the United States and Europe, traders are still hoping that consumers will be there on Friday.

The world’s largest economy has been facing soaring prices for several months, which casts a veil over the entire end-of-year holiday period.

For now, Deloitte and the National Retail Federation are expecting single-digit revenue growth, below inflation.

The consumer price index is slowly slowing in the United States, but still stood at 7.7% year on year on November 10, which means that a rise of this magnitude during the winter sales will lead to a decline in sales volume.

These concerns also exist across the Atlantic, where Black Friday has been popular for about a decade.

In the United Kingdom, GlobalData anticipates a decline in sales volume for the Black Friday trading days despite an increase in turnover.

In Spain, spending by Internet users should reach an average of 183 euros, against 200 euros last year, according to the specialist firm Tandem up.

Last year, the concerns were different, with the sector facing supply difficulties due to the disruption of global transport and factory closures caused by the pandemic.

To avoid such a mishap, manufacturers have anticipated their orders, this time with a risk of overstocks, while consumers are reducing their spending.

According to him, the overflow of orders could benefit bargain hunters in many sectors, such as electronics or clothing.

For many Americans, the rising cost of gas and food is a challenge, but not all are equal in the face of inflation. “Low incomes are clearly more affected,” recalls Claire Li, analyst for Moody’s, “because they spend proportionally more on essential products”.

So far, American consumers have shown themselves to be insensitive to the various crises experienced since the start of the pandemic, spending more than expected, even when the confidence indicators underlined their concerns.

Part of the explanation is to be found in the unusually high savings of many households that benefited from government aid during the pandemic, when consumption was at its lowest.

But the cushion is starting to sag: after peaking at $2.5 trillion in mid-2021, US savings fell back to $1.7 trillion a year later, according to Moody’s.

Consumers with an annual income of less than $35,000 are the first to be affected, their savings having fallen by 39% in the first half of the year. As a result, consumer credit is on the rise, according to data from the Federal Reserve.

“We see continuous pressure,” says Michael Witynski, general manager of the low-cost chain Dollar Tree, who observes an “evolution” of consumers “much more focused on their needs and trying to ensure that they have enough ‘money to end the month’.

Results from the retail sector offer a mixed picture of consumer health.

The Target chain took the hit in the face of a sharp drop in purchases in October, presaging a bad Christmas season. The group expects strong promotions during the holidays, according to its general manager Brian Cornell.

“Consumers are facing persistent inflation quarter after quarter,” he explained during a conference call with analysts, “they are being very cautious, they are very attentive and say, ‘Okay, if I have to buy, I want to make a very good deal”.

At Lowe’s, a specialist in DIY and decoration, the mood is quite different, with a “solid” third quarter and no expected sign of slowing down. “We are not seeing anything resembling a downturn in purchases,” said its managing director, Marvin Ellison.