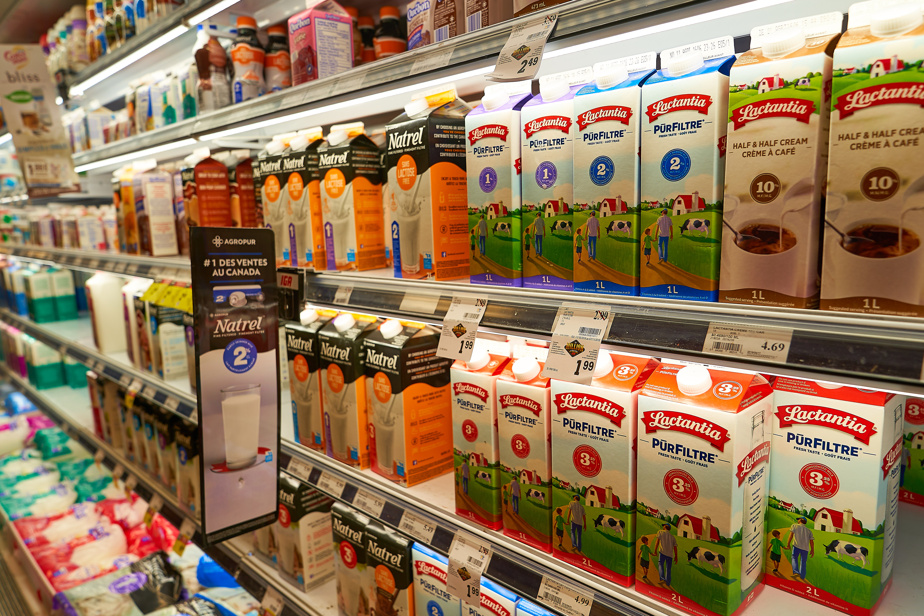 Consumers will pay two cents more for their liter of 2% fat milk from the 1er February 2023. The Régie des Marchés Agricoles et Alimentaires du Québec (RMAAQ) made the announcement late Thursday afternoon, a few days after holding hearings on the matter.

In February, the floor price will be set at $2.00 and the ceiling price will reach $2.17. Generally, retailers pay for their milk at the minimum price determined by the Régie and resell it at the maximum price. It should be noted that the Canadian Dairy Commission recommended a 2.2% increase in the cost of milk on the farm starting in February 2023, which foreshadowed an increase in its retail price, determined in Quebec by the RMAAQ. The increases authorized by it vary according to the formats, but roughly correspond to 1%.

With this new decision, the profit margin of retailers, which was 16 cents since 2018, increases to 17 cents. During hearings held on Monday, the general manager of the Association des Marchands Dépanneurs et Épiciers du Québec (AMDEQ), Yves Servais, said that some owners could end up deciding not to sell any more basic milk if their profit margin on this product continued to melt like snow in the sun. The AMDEQ demanded an indexation of this margin of 16 cents. For its part, the Quebec Food Retailers Association (ADA) wanted the margin to increase from 16 to 18 cents.

“In the short term, the increase of $0.01 is a catch-up over the last few years when there has been no increase for retailers, indicated Stéphane Lacasse, director of public and governmental affairs at the ADA. However, in the long term, annual increases will also need to be reflected in spreads to protect our profit margins. »

The maximum price of value-added milk (carton with a plastic cap, organic milk, lactose-free milk) is not determined by the Régie. It may therefore be more interesting for some retailers to sell these products and give them more space on the shelves, to the detriment of the basic milk found in cartons (without plastic caps) and in bags.