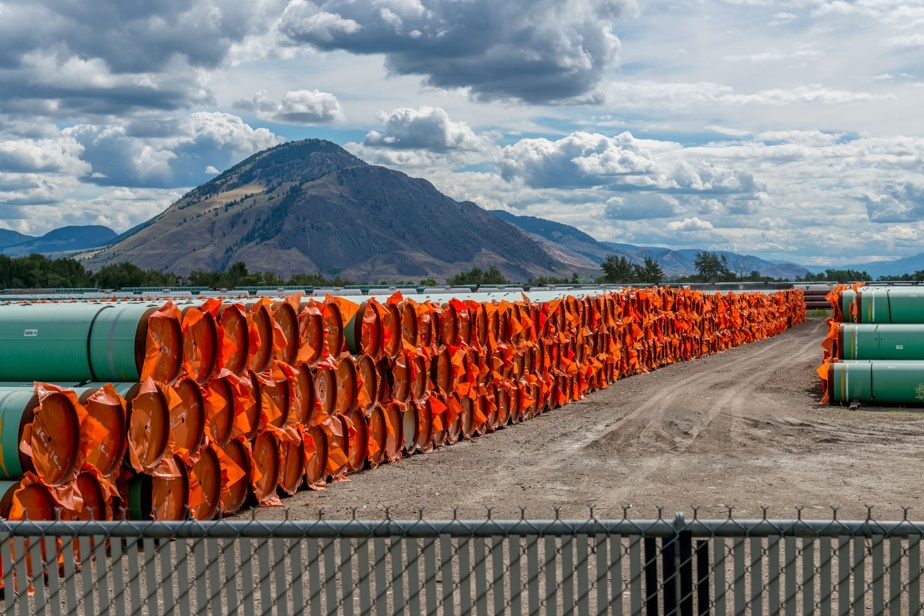 (Calgary) Indigenous-led groups are still determined to own the Trans Mountain pipeline, even as cost overruns for the pipeline expansion project soar.

The state-owned company that owns the pipeline revealed last month that estimated construction costs for its expansion had jumped 70% and now stand at $21.4 billion, up from an earlier estimate of $12.6 billion. .

Trans Mountain Corporation has also pushed the completion of the project to the third quarter of 2023, when it was originally scheduled for sometime in 2022.

The company further confirmed on Monday that due to previously signed shipping contracts, only 20% to 25% of the cost increase could be passed on to oil companies in the form of increased tolls.

This means that approximately $7 billion in cost overruns will have to be absorbed by Trans Mountain itself, which will ultimately erode project returns.

But escalating costs aren’t deterring Indigenous-led initiatives like Nesika Services, a nonprofit that works to help Indigenous communities along the pipeline route acquire a stake in Trans Mountain.

“That obviously means the whole pie for the project is smaller,” Nesika Services general manager Paul Poscente said in an interview. But we did modeling based on publicly available information, and it’s absolutely still viable. »

“We still believe Canada can sell some of this pipeline to Indigenous communities on a commercial basis,” Poscente said. We urge Canada to enter into negotiations. »

“We look forward to sitting down and having more formal conversations about this,” explained Project Reconciliation’s executive director.

Still, Mr Mason acknowledged that the new capital price of 21.4 billion for the project was higher than his group had expected.

“We reviewed our financial expectations about four or five months ago, budgeting $17 billion,” Mason admitted, adding that the pipeline’s ultimate sale price would only be what a potential buyer is willing to pay. , and would therefore reflect the expected return on investment.

“Whether we buy this asset or a large pipeline company comes in and buys it […] they will only pay a price which will be supported by tolls. It must be supported by a revenue model. »

The 1,150 km Trans Mountain pipeline carries 300,000 barrels of oil per day and is the only pipeline system in the country carrying oil from Alberta to the West Coast.

Its expansion, which is under construction, will essentially double the capacity of the existing pipeline, bringing daily production to 890,000 barrels to support the growth of Canadian crude oil production and ensure access to global energy markets.

Trans Mountain was bought out by the federal government for $4.5 billion in 2018 after former owner Kinder Morgan Canada threatened to scrap a planned pipeline expansion in the face of environmental opposition.

Last month, Trans Mountain Corporation blamed the increase in the project’s cost forecast on the COVID-19 pandemic and the effects of the November 2021 floods in British Columbia, as well as project improvements, changes in scope and alignment to avoid culturally and environmentally sensitive areas and schedule pressures associated with the approval processes of thousands of permits and the challenges of construction in marine environments and difficult terrain.

Deputy Prime Minister Chrystia Freeland said there would be no additional public funding for the pipeline. She explained that Trans Mountain would need to obtain third-party financing to cover its increased capital costs.

However, she added that the federal government still believed the Trans Mountain expansion was a “serious and necessary project” that was in the national interest.

Chinook Pathways, another group seeking a stake in the pipeline, did not respond to a request for comment on Monday. Chinook is an Indigenous-led partnership formed by Western Indigenous Pipeline Group and its industry partner, Pembina Pipeline.

The federal government has always assured that it does not intend to be the long-term owner of the project and that it intends to launch a process of divestment once it has reduced the associated risk to the expansion project.

Ottawa also said it was open to Indigenous ownership of the pipeline. He said next steps toward that goal would be announced later this year.