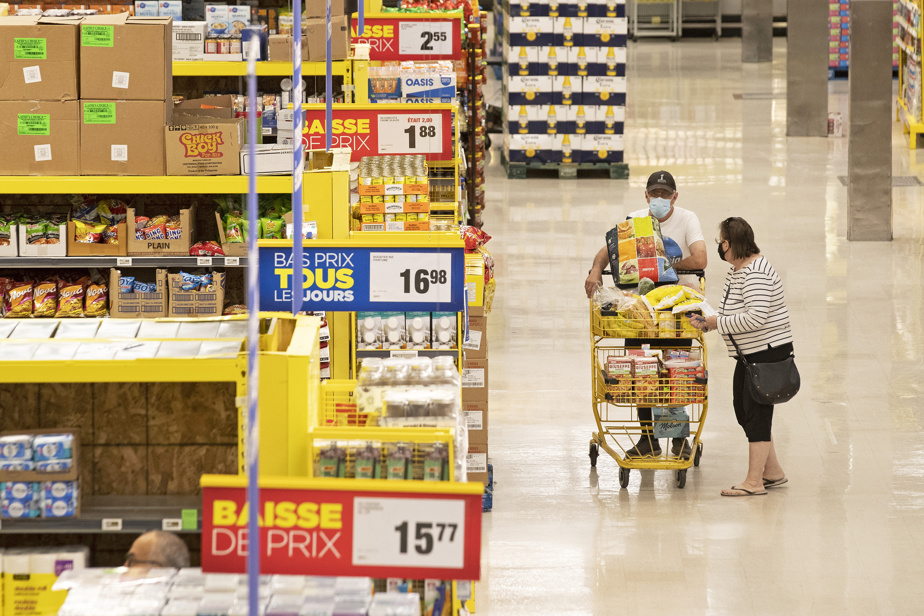 Canadian consumers are increasingly turning to discount grocery chains, buying private label products and choosing pork or chicken, which is cheaper than beef, in an effort to save money in an environment of high inflation, observed Thursday the Loblaw Companies.

“They are becoming more and more price sensitive. There’s no doubt about it,” Loblaw Chairman and President Galen G. Weston said on a conference call with analysts to discuss the company’s fourth quarter and full year results.

“We see this particularly in the acceleration of the performance of our low-cost business. »

The economy is reopening after the pandemic shutdowns, which he said could influence consumers returning to low-cost retailers such as Maxi. Many people preferred to consolidate their purchases at one counter – in conventional supermarkets, where the selection of products and services was wider – during the pandemic.

Meanwhile, the grocery chain is also seeing the first signs of shoppers making the trade-off to shift to less expensive product categories.

“People will switch from beef to pork or chicken,” Weston said, adding that while the company expected this to continue, it was not yet at an “extreme level”.

The retailer also sees strength in its house brands, he added.

The company is working to minimize on-shelf price increases as suppliers seek to raise prices.

“Our shelf price comes at the end of a cost chain,” Loblaw Chief Financial Officer Richard Dufresne said at the conference call. “We are monitoring this very carefully and making sure our retail prices are competitive. »

The issue of rising costs was brought to light when Frito-Lay Canada, one of the nation’s largest food manufacturers, halted deliveries to Loblaw stores after the grocer refused to accept a hike. wholesale prices. The situation is causing the chip and snack aisle shelves of many stores to be less stocked than usual, or more stocked with house brands like President’s Choice or No Name.

The grocer declined to comment on its specific discussions with food suppliers, but Dufresne offered some insight into how price negotiations are proceeding.

“We have a team of experts and they break down the cost of each (storage unit) into its components such as raw materials, packaging, labor and transportation,” he said. .

“Thanks to their analysis, we are well placed to assess the requests sent to us. »

Loblaw, Canada’s largest supermarket chain, also deals with a large number of suppliers, which gives the company “a very solid perspective on what’s going on in terms of rising costs,” Mr. Dufresne.

In its outlook, the company said it expects sales to benefit from the ongoing pandemic and rising industry-wide inflation in the first half of 2022. But Loblaw warned that growth revenue from its grocery stores and pharmacies could decline towards the end of the year.

“As economies reopen and the company begins to compare its results to periods of inflationary pricing and COVID-19-related pharmaceutical services in 2021, it will become more difficult to achieve revenue growth. year to year,” the company said in a statement.

Loblaw’s profit for the most recent quarter was more than double that of the same period a year earlier, boosted by a one-time recovery related to a Supreme Court ruling on a tax dispute.

Revenues totaled nearly 12.8 billion, down from 13.3 billion a year earlier.

The most recent results included a $301 million recovery related to the Supreme Court’s decision in a tax dispute between Glenhuron Bank and Loblaw Financial Holdings.