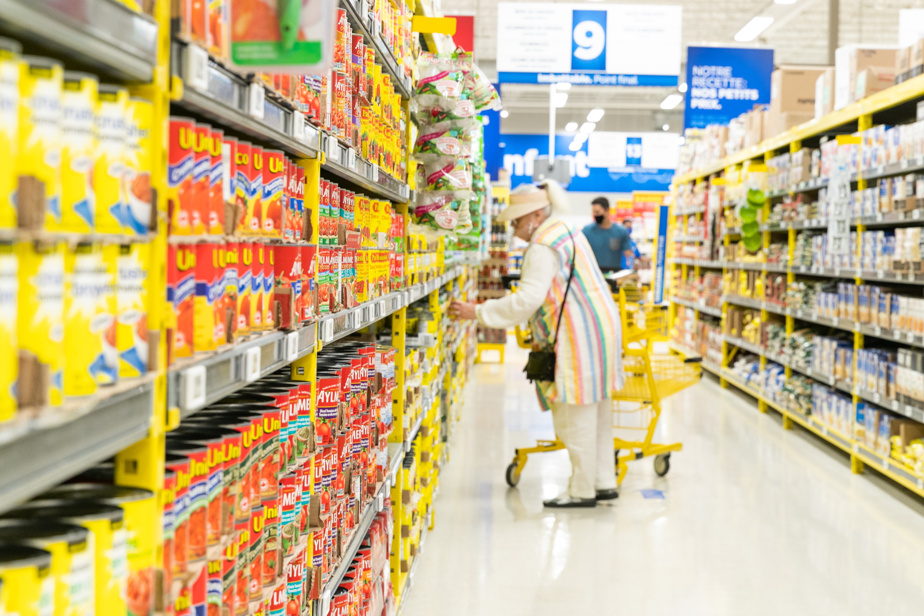 Consumers, worried about seeing their grocery bills keep rising, could get some respite. Loblaw, which manages the Maxi and Provigo brands, has decided to freeze the prices of all of its 1,500 No Name brand products until January 31, 2023, nationwide. A first for the company, which has 200 grocery stores in Quebec.

Quebec consumers who visit the province’s 180 Pharmaprix stores will also benefit from this price freeze since products sold in the traditional yellow packaging are also offered there. However, the offer is more limited there. The freeze comes into effect on Monday. “Price freeze to offset inflation” is what customers will be able to read on signs that will be installed throughout the store over the next few days. On a yellow background, the poster also shows the image of a padlock stuck in the ice.

“In an effort to help consumers escape the inflationary spiral, we have decided to focus our efforts on what we can control,” Loblaw President Galen G. Weston wrote in a letter sent Monday to members. of PC Optimum, the brand’s loyalty program. “Overall, No Name products are already priced 25% lower than comparable brands, which, combined with our price freeze, could make a real difference not only to your grocery bill, but to your peace of mind. »

“The price of the average grocery cart has increased by about 10% in 2021… even almost 15% compared to two years ago, we also read. For some items, such as butter, apples, soups and potato chips, the increase is even greater. »

According to an Angus Reid poll conducted in August, 78% of Canadians believed that supermarkets were using inflation as an excuse to raise their prices. However, Mr. Weston took advantage of this message sent to customers to emphasize the fact that he has little control over soaring prices. “What is most frustrating is that this situation is largely beyond our control,” he says. The big boss of Loblaw does not hesitate to return the ball to the suppliers by explaining that the latter ask higher prices from the supermarkets.

And, while we have challenged (and will continue to do so) any unfair price increases, the truth is that most are reasonable, with suppliers facing cost increases not seen in decades, as is the case for the gasoline you put in your car or the amount of your rent or your mortgage.

Chip lovers will recall that in February, Frito-Lay Canada (Doritos, Ruffles, Miss Vickie’s) stopped delivering its snack foods to Loblaw stores after the company refused to agree to price increases. The situation was later restored, and the bags of the various brands belonging to Frito-Lay found their place in the aisles.

It is impossible for the moment to know whether consumers fond of the No Name brand will again have to face increases beyond January 31. “In retail, a three-month horizon is huge,” says Johanne Héroux, Senior Director, Corporate Affairs and Communications, Loblaw. “We will see later, in due time. »

Knowing that it intended to freeze its prices, has the brand taken advantage of the last few weeks to make increases? Those who suspect Loblaw of doing so are “mistaken,” says Ms.me Heroux. “Since the beginning of the pandemic, we have increased our efforts to allow consumers to save money. This initiative is in the same vein. »

Moreover, since the beginning of the year, the major retailers have all noted an increase in the popularity of private label products, sold at better prices. In the case of Loblaw, an extensive campaign was launched this fall to promote No Name and President’s Choice products. The second brand, which includes around 4,000 products, will not, however, be subject to a price freeze.