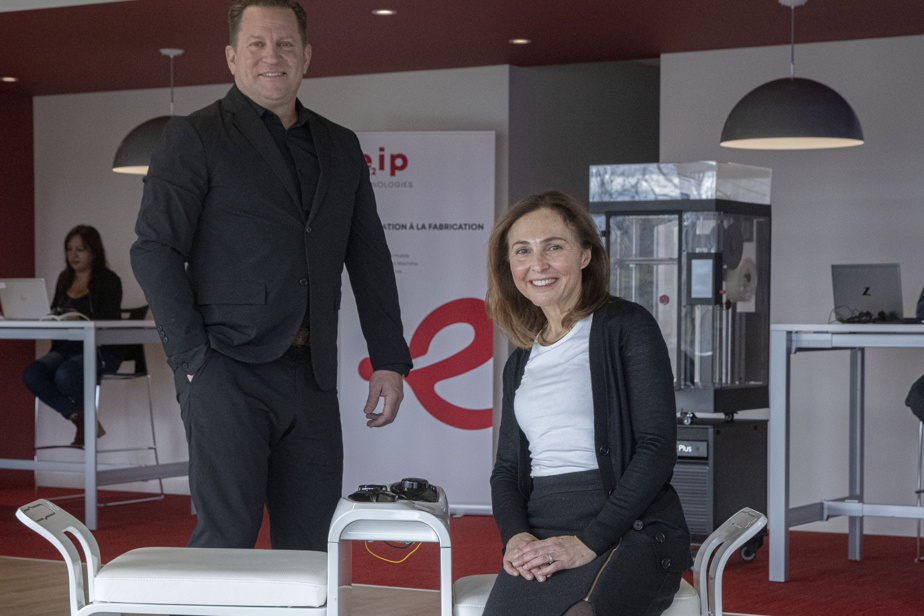 A day will come when it will no longer be necessary to press a button – it will be enough to touch the surface of the object – to start the coffee machine, turn off the lights in the house, control the heat pump in the pool. Welcome to the future… now.

Éric St-Jacques, CEO of Montreal techno e2ip, believes that day could come much sooner than one can imagine. “It’s not for tomorrow morning, but things are changing very quickly,” he said.

The 55-year-old man runs a company of 400 employees that has seasoned researchers among its ranks whose mission is to develop new technologies.

In fact, transforming objects that are an integral part of our daily lives with “advanced” materials and making surfaces “intelligent” is a real professional obsession for the team of engineers in chemistry, physics, electronics and mechanics, which is active at the Saint-Laurent research and development center, in the west of Montreal.

“Great things are happening within the company,” confirms the CEO. We have patented several inventions and processes, always in connection with our advanced technologies. All these advances are at the heart of the global growth which is beginning and which promises to be very promising. He hastens to point out, for the sake of fairness, that the innovation program that makes techno so successful was led by Anna-Marie Marasliyan, vice-president of e2ip.

And why eliminate buttons to “replace” them with electronic components integrated into the surfaces?

“We think it’s a good thing for the environment, from a sustainable development perspective,” he replies. We will reduce up to 60% of the parts in the devices. ”

He also points out that the SME has been awarded two “prestigious” awards on the world stage with its printable electronics technology.

We have taken a decisive turn [en 2016] by focusing our development on the technologies of the future. This has allowed us to stand out from our customers in aeronautics, transport, medical, major industries.

While specifying that his company is one of the “world leaders”, like its competitor from Finland, the CEO does not fail to recall that she would not have made all this progress “without the help provided by the governments, in Quebec and in Ottawa ”.

He also talks about the important role that Investissement Québec, one of the shareholder-investors, has played in the company’s career, evoking, among other things, the close collaboration with researchers from the National Research Council Canada (CNRC) in Ottawa. , to “invent a molecular ink”, and the quality of the work carried out in conjunction with the Boucherville laboratory, still at the NRC, to perfect the manufacturing processes.

In addition, like many other companies, e2ip had to deal with the constraints linked to the pandemic. “Our customers in the aerospace industry,” Eric St-Jacques gives as an example, “were forced to pin the planes to the ground. We sailed our way, somehow, to get through this storm [sanitaire]. ”

He immediately adds: “But here we are ready, more than ever. We play in the major leagues. The time has come to fulfill our mandates. ”

One thing is certain, the growth of the SME – which has a factory in Lachine and another in Casablanca, Morocco – will result in the more or less short term in the creation of new jobs, assures Éric St-Jacques.

There is also a strong question of building a new plant in Quebec “to support the commercialization” of innovations from the Saint-Laurent research center.

For the moment, he is careful not to say more about the scale and scope of this expansion project.