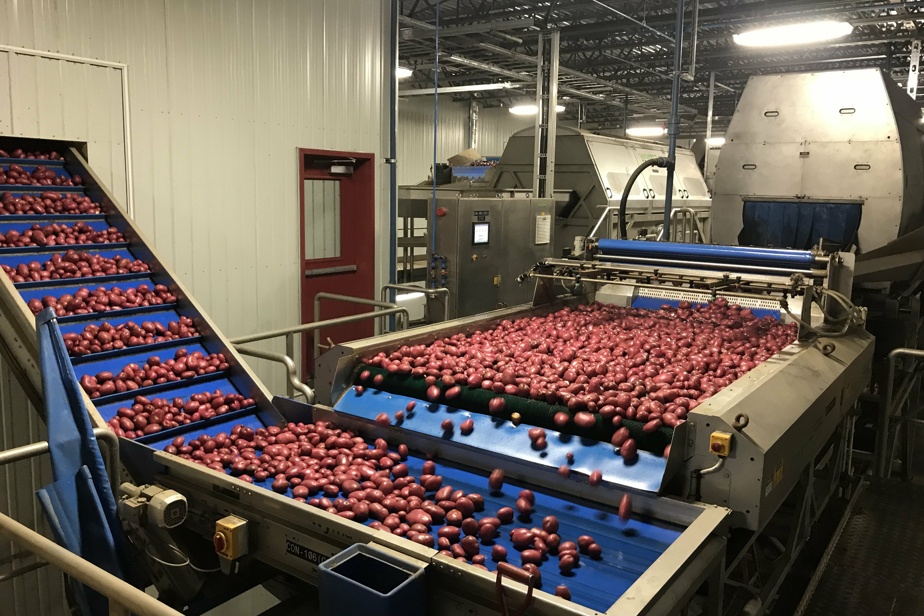 Patates Dolbec is not just a potato producer. This Saint-Ubalde SME has founded a distillery where it produces vodka and gin from A to Z with its own ingredients. She also co-developed an algorithm to sort and classify her tubers without human intervention. And it is undertaking a strategic plan to reduce its GHG emissions while adapting to climate change. Portrait of a family business fueling challenges.

On its 10,000 acres of fields, spread over a radius of 60 km between Trois-Rivières and Quebec, Patates Dolbec produces and packages annually more than 40 million kilograms of potatoes of all kinds (yellow, red, white, russet, bell, etc.). Its products find buyers in Quebec (80% of its production), in the rest of Canada (15%) and in the United States (5%).

The company of 150 employees, founded in 1967 by the couple formed by Herman Dolbec and Francine Sauvageau, and now managed by their son Stéphan, is stepping up initiatives.

Thanks to investments of around twenty million in the modernization of its packaging plant and its warehouse, the SME can deliver fresh potatoes all year round to large chains and food distributors.

Our investments help us better meet demand every day, year round and replace products that once came from the United States and other Canadian provinces.

In order to better promote its declassified tubers, the SME invested 2.2 million in the launch of Ubald Distillerie, which produces a vodka made from potatoes, but also two gins from cereals (rye, corn, etc. ) grown in rotation.

“We are among the few in Quebec to make our products from grain to bottle, that is to say that we make our alcohol 100%,” said Hugo d’Astous, general manager. The distillery’s products, including Route 363 vodka, will soon be available at the SAQ.

In this time of labor shortage, the SME can no longer afford to hire workers to manually sort potatoes. An optical sorter was used, but only offered 70% efficiency.

By partnering with the Quebec SME Vooban, Patates Dolbec are in the process of honing an algorithm allowing the optical sorter to be 95% efficient based on 12 inspection criteria. “It eliminates routine tasks and offers more rewarding positions,” says Hugo d’Astous.

Having to adapt to the new reality of climate change, the Patates Dolbec team is also developing a strategic plan for the years to come.

“We do not produce organic, but reasoned,” says Mr. d’Astous. We are trying to reduce our fungicides and pesticides by using cameras, for example, to identify areas where insect pests are concentrated. ”

As a producer, we have a responsibility to reduce our ecological footprint. We are studying the possibility of using electric tractors or even producing our own energy.

And because the summers are hotter, drier and less rainy, the SME has undertaken an investment of 10 million over five years to irrigate its fields. “We have no choice, if we do not want to see our harvests halved,” explains the CEO of Patates Dolbec. It’s been three summers in a row since there was no rain in August. ”

Patates Dolbec are cited at 31e Innovation Awards Gala of the Association for the Development of Research and Innovation of Quebec (ADRIQ), which will take place on November 25, 2021.