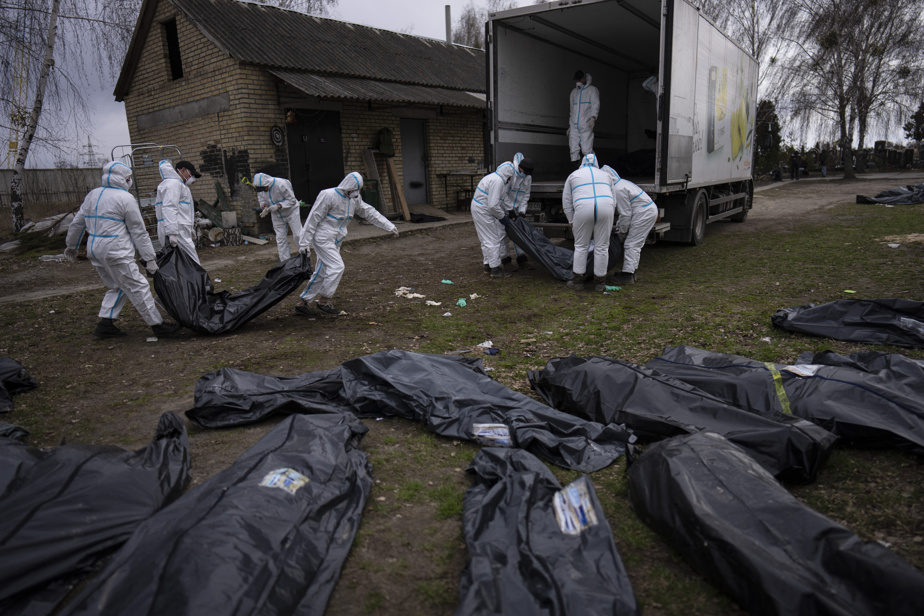 (Boutcha) The prosecutor of the International Criminal Court (ICC), the Briton Karim Khan, described Ukraine on Wednesday as a “crime scene”, during a visit to Boutcha, near Kyiv.

“Ukraine is a crime scene. We are here because we have good reason to believe that crimes within the jurisdiction of the Court are being committed. We must pierce the fog of war to get to the truth,” he told reporters during a tour of the city, where hundreds of civilians, according to Ukrainian authorities, were found dead after the attack. Russian occupation.

Mr Khan said an ICC forensic team was preparing to work “so that we can really separate truth from fiction”.

“We have to keep an open mind and trust the evidence,” he added. “The law must be mobilized and thrown into battle to protect civilians.”

AFP journalists who were able to go there on April 2 saw the bodies of twenty men dressed in civilian clothes scattered over several hundred meters in a city street. One was lying on his bike, others had shopping bags next to them. Another, lying on his side, had his hands tied behind his back. At least two of these corpses had large head wounds.

They have been attending for several days the exhumation of bodies from mass graves in Boutcha and in other localities in the suburbs of Kyiv which had been occupied for several weeks by Russian troops.

The Boutcha massacre drew horrified condemnation from around the world and prompted Kyiv’s allies to take new sanctions against Russia.

Russia rejects any responsibility for these deaths and describes as “fake” the accusations of the murder of civilians by Russian soldiers.