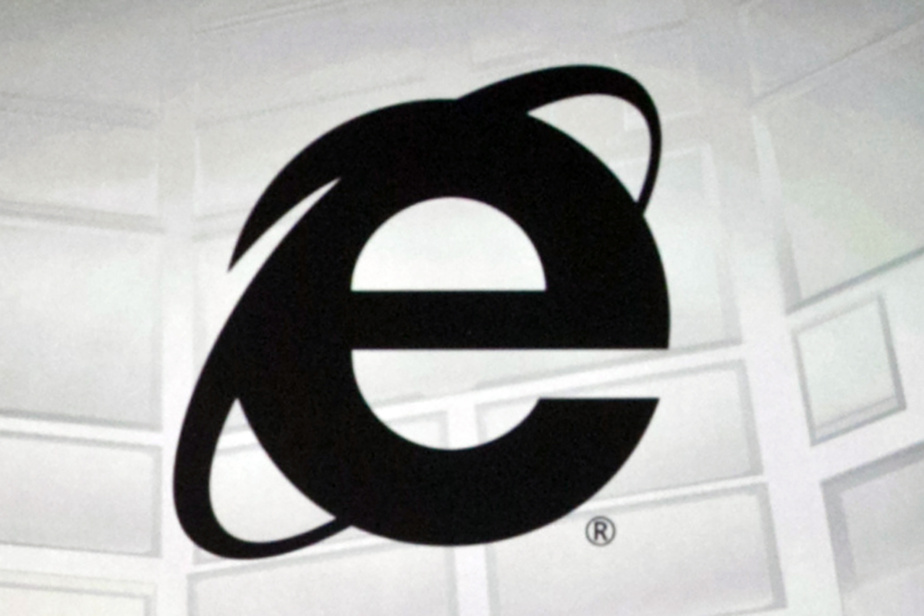 Microsoft will no longer support, as of Wednesday, the former undisputed heavyweight champion of browsers that millions of Internet users loved to hate ― and that a few still claim to adore.

The application launched 27 years ago will therefore join BlackBerry devices, dial-up modems and Palm Pilots in the catacombs of technology.

The disappearance of Explorer is not surprising. A year ago, Microsoft announced its withdrawal on June 15, 2022, encouraging Internet users to adopt the Edge browser launched in 2015.

The company has clearly announced that the time has come to move on.

“Not only does Microsoft Edge offer a faster, safer and more modern browsing experience than Internet Explorer, but it also solves an important problem: compatibility with old websites and applications”, had indicated in a blog, in May 2021, Microsoft Edge Enterprise General Manager Sean Lyndersay.

Internet users hailed the disappearance of Explorer on Twitter, in particular recalling that it had been “the best browser to install other browsers”.

Microsoft had launched the first version of Internet Explorer in 1995, a prehistoric time during which Netscape Navigator was the favorite of Internet users. Its appearance marked the beginning of the end of Navigator: Microsoft eventually tied Explorer and its Windows operating system together so tightly that many simply started using it as the default, rather than Navigator.

The Justice Department sued Microsoft in 1997, accusing it of imposing its browser as a condition for using Windows. An agreement was finally reached in 2002. Microsoft also had a fight with European authorities, who claimed that the union between Explorer and Windows gave Explorer an unfair advantage against rivals such as Firefox from Mozilla, Opera and Chrome from Google. .

Users, meanwhile, complained about Explorer’s slowness, tendency to crash, and vulnerability to cyberattacks. Its market share, which exceeded 90% in the early 2000s, began to decline when Internet users discovered more attractive alternatives.

Today, Chrome comes first with about 65% of the global browser market, ahead of Apple’s Safari with 19%, according to Statcounter. Edge lags far behind with 4%, just ahead of Firefox.