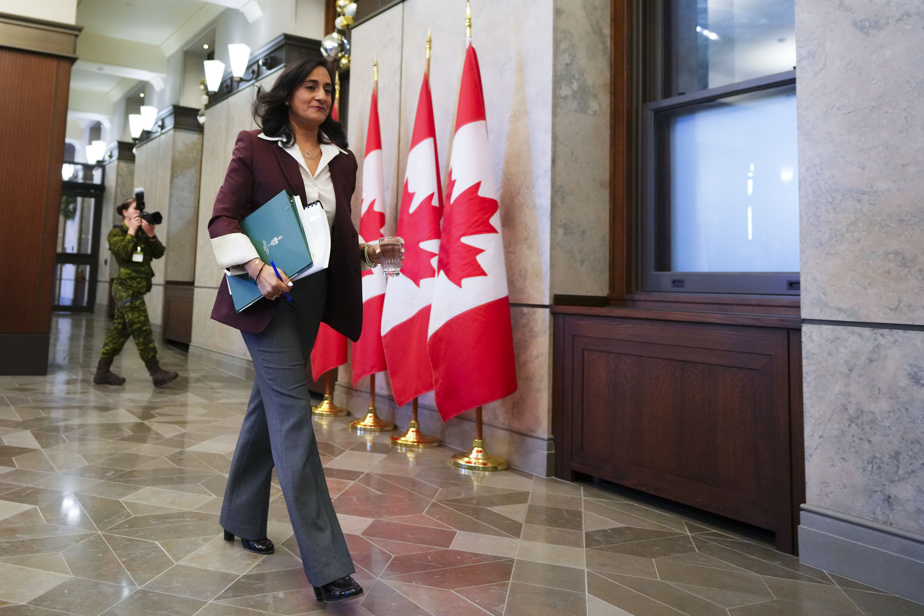 (Ottawa) M777 howitzers instead of Pfizer vials. Ammo bullets instead of Moderna flasks. Bullet-proof vests and howitzer tubes instead of white coats and syringes.

The weapons and the enemy have changed, but National Defense Minister Anita Anand considers herself at war as she was in her old portfolio, Supply, during the pandemic.

“There was COVID-19, and we needed weapons, which were vaccines, to fight this war […]. Now we have war, the real one, because Russia has invaded Ukraine, and the Ukrainians need military equipment, ”she says.

“This time, we have to save Ukrainian lives,” continued Minister Anand in an end-of-year interview with The Press.

Since the start of the Russian invasion on February 24, Canada has delivered anti-tank weapons, M777 towed howitzers, drone cameras and ammunition in rapid succession. The country has also pledged to purchase up to 39 armored vehicles.

But the arsenal of the Canadian Armed Forces (CAF) lacks the famous anti-aircraft defense systems that Ukraine demands, especially as winter sets in and Russian troops continue their offensive against energy infrastructure.

Passing through Ottawa in December, an elected member of the Ukrainian Parliament, Ivanna Klympush-Tsintsadze, insisted on the importance of maintaining pressure on Moscow. “We must not let Russia take advantage of the winter to become encrusted,” she pleaded.

“Russia is a monster. He is a demon that must be defeated. It’s black or white, ”she hammered in front of a handful of parliamentarians and ambassadors gathered for a conference dinner at the chic Rideau Club.

The G7 leaders said in a statement in mid-December that they would work “immediately to provide Ukraine with air defense systems and capabilities”.

Minister Anand does not rule out the possibility that Ottawa opts for a group purchase. “We are open to a lot of ideas […]. We work as a team and we are evaluating all possibilities to provide military air aid to Ukraine,” she said.

The year 2022 will conclude with a tour abroad for the former law professor; she will meet CAF members stationed overseas. These swallowed kilometers are added to those accumulated on his counter on Canadian soil over the year.

From one Canadian military base to another, she says she heard that the fight against another evil, that of sexual misconduct, was taken seriously – before the Russian invasion, it was moreover the one of its main projects, according to its mandate letter.

Thus, in December, she tabled a document in which she undertakes to follow the 48 recommendations made in the report (another on the same subject) by the former judge of the Supreme Court of Canada, Louise Arbour.

No associated budget, no timeline and forward leaks. “There are a lot of very complex issues. But we are determined to settle them,” swears Minister Anand in very good French.

She speaks French, she has a solid CV, and since arriving in Ottawa in 2015, she has impressed with her efficiency in carrying out the tasks assigned to her. Her name is circulating as a potential successor to Justin Trudeau.

Anita Anand does not want to say, for the moment, if the adventure interests her. She switches to English for a while: “Right now, I’m 100% focused on my work. »

But still ? “I also have four children. I think about their future and how I can be the best mother for them. […] They are between 21 and 26 years old and I realize that they still need me,” continues the MP for Oakville, Ontario.

Permanent residents to the rescue

Short of hands, the CAF decided earlier this year to reach out to permanent residents. “It is very important to continue to increase the number of staff and they represent a large pool of manpower,” explained Minister Anand. It’s also about making sure we have a more diverse, more inclusive force, so it does two things at the same time. And the military should continue to be there to push through national crises like COVID-19 or natural disasters, she said: “We have to be there for Canadians. We can do it. The question is how we can rebuild the CAF. »