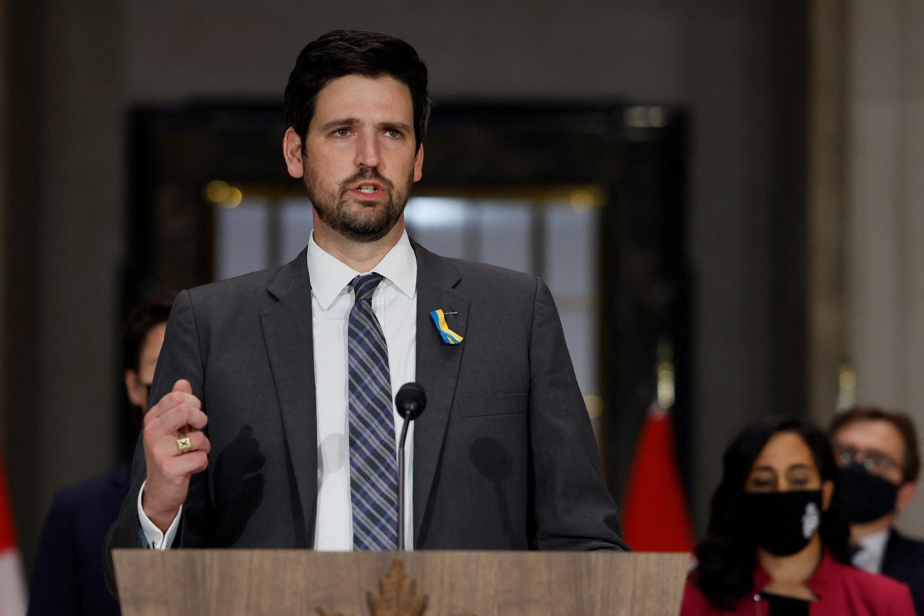 Tens of thousands of Ukrainian refugees fleeing Russian military bombardments in their country are expected to arrive in Canada in the coming weeks. Immigration, Refugees and Citizenship Minister Sean Fraser, however, expects many of them to try to return to Ukraine once the war is over, he said in an interview with The Press.

Since 1er January, Canada welcomed 9,000 people from Ukraine. But the pace will accelerate following the launch of a simplified reception program to more quickly accommodate tens of thousands of refugees who have already fled their country pounded by the Russian army for three weeks. “We can expect tens of thousands of Ukrainians to arrive in Canada in the coming weeks. But what is unique about this situation, and we have heard this from representatives of the Ukrainian community, is that many of the refugees who will come will probably return to their country when it is safe to do so,” explained the Minister.

Women, children and the elderly

Currently, the vast majority of Ukrainian refugees are women, children and the elderly. The Ukrainian government has indeed conscripted men between the ages of 18 and 60 to lead the war effort. This explains why Ottawa expects the stay of a significant number of refugees to be temporary. “This will arguably be one of the largest operations we have ever done to date, but it is difficult to draw comparisons with other humanitarian operations given that the effort being carried out at the moment is very different , said Mr. Fraser. Separated families is one of the most heartbreaking aspects of this crisis unfolding before our eyes. The situation on the ground is simply horrifying. People fleeing Ukraine because of war are disproportionately women, children and the elderly. »

It was essential that the Ministry of Immigration adjust the reception programs for refugees to adapt them to the needs of Ukrainians fleeing the war. The new program, the Canada-Ukraine Emergency Travel Authorization, allows people who have been accepted to stay in the country for three years and work to support themselves and their families. During this period, refugees will be entitled to services and will be able to apply for permanent resident status. Applications are processed faster. Canada has deployed additional resources and other biometrics systems in neighboring countries, including Poland, Romania and Moldova, to process a large volume of applications quickly. “The system is designed in such a way that it would be able to process more than two million requests per year at the present time. We will be able to approve people’s requests quickly and receive them too. People will be able to work if they wish to support their families by giving them a work permit open to all. »

“Team Canada” at its best

Companies are ready to offer “tens of thousands of jobs” to Ukrainians. People are ready to open the doors of their homes to welcome Ukrainians. Others volunteer to drive Ukrainians as they arrive at the airport. Lawyers offer their pro bono services to facilitate immigration procedures. “The signals I’m getting from everywhere, said the Minister, are that this is real Team Canada work. Provinces, cities, rural areas, business people, not-for-profit organizations,” everyone is lending a hand. “When I talk to business people who tell me they want to hire Ukrainians, when I talk to non-profit organizations who want to get involved, when I talk to my provincial partners who ask me what they can do, when I talk to my own mother who tells me she wants to host six Ukrainians, it’s the most Canadian response I could imagine to help people in need. The challenge I see right now is maximizing the effect of all this goodwill that we see. »

Canada, a land of refuge for refugees

After the Syrian refugees, the Afghan refugees, Canada is opening its doors to welcome the Ukrainian refugees. This will undoubtedly be one of the major humanitarian operations conducted by Canada in recent years. “It will be difficult to establish the real scale of the operation before having all the data. We will have more information over the next few days and weeks. But it is clear that Canada has become the world leader in terms of our ability to resettle refugees in recent years,” said Minister Sean Fraser. The latter indicated that Canada had so far welcomed 80,000 Syrian refugees over the past six years. “We have made an important contribution to the global effort to relocate Afghan refugees. We anticipate welcoming 40,000 Afghan refugees, one of the largest efforts per person. »