Irina Lazareanu was one of the most sought-after models in the 2000s. This Quebecer walked for Chanel, Yves Saint Laurent, Dior, Versace, Balenciaga, in addition to being on one of the biggest fashion magazines. Muse of Karl Lagerfeld, friend of Kate Moss, Sean Lennon and Lindsay Lohan, she launches this Thursday Rock Style Notebooks – Tips from a Supermodel, a diary in which she looks back on her 20 years in the fashion world. We met her.

You can recognize her by her large, very expressive round eyes and by her look. Irina Lazareanu marked the fashion world with her bohemian rock style and her authenticity. “I’ve had the same look for 20 years, a mixture of Patti Smith and Diane Keaton! “, she says when she arrives.

“It’s all about style, attitude and authenticity. All you need are jeans and a t-shirt to stand out, no need to be super sophisticated, ”says the one who does not hesitate to wear a Chanel dress with Docs. Martens or a pair of Converse. “I like the contrast! »

Her daily life has long been punctuated by fashion shows in Paris, London, Milan, New York and yet nothing predestined Irina Lazareanu to this glamorous life, made up of incredible encounters and incredible adventures.

Born in Romania in 1982, Irina Lazareanu and her parents fled the dictatorship of Nicolae Ceaușescu. They spent a few months in refugee camps and then arrived in Montreal in December 1989. “It’s not easy to leave everything behind, to start over, to flee a dictatorship. I keep thinking of the Ukrainians. My parents did not experience the war, but they lived through a dark period in Romanian history, without freedom of expression, living in fear. I remember the feeling of insecurity I had as a child in the refugee camps. Fear of not seeing the people you love again,” she says.

When I think of the children in Ukraine, I tell myself that they will never forget the sounds, the smells, the images. We do not forget, it is the loss of innocence.

She still doesn’t realize how lucky she was, to have been welcomed to Montreal, to have learned French, to have gone to school. She then flew to London, at the age of 16, to pursue ballet studies, which she abandoned following a knee injury.

She met at this time the terrible child of English rock Peter Doherty, with whom she would later become engaged. “We’ve known each other for ages! This was long before his success with The Libertines and Babyshambles. I went on tour with the Babyshambles, I wrote lyrics with Peter Doherty and sometimes took the microphone… it was a very carefree period of my youth. »

She launched out shortly after in fashion and it was Kate Moss who taught her the trade. “Kate Moss was a huge help to me, she took me under her wing, and I couldn’t have had a better guide. She is an inspiration, a friend. She has an innate sense of style, she understands the meaning of image. She is a true fashion icon. »

Thanks to Lagerfeld, “the flight”

Irina knows that she does not have a classic beauty, and her debut in modeling was difficult. “When I arrived in Paris, I was surrounded by gorgeous models with endless legs. I did not correspond to the criteria of beauty at the time. I remember the casting at Chanel, there were 300 girls waiting. I was in a corner with my long hair and my hooked nose, I was writing poems! This is where Karl Lagerfeld spotted me, telling me that I reminded him of Juliette Gréco! she says.

There has been an extraordinary take-off in my career thanks to him, the fashion shows have multiplied, as have the covers of magazines, including vogueand it went on for nearly 15 years.

“Karl Lagerfeld had this gift for difference. He liked women with personality. My Quebec accent made him laugh, as did the fact that I talked a lot, because I didn’t take myself seriously. I learned so much from him, we spent time together, we talked about punk bands. He had a very human, very sensitive side. »

Irina Lazareanu dominates the podiums at this time. She takes part in all the parades and does more than 80 a year, with a record of 97 parades in 2007. She multiplies the sleepless nights, lives at a frantic pace, meets in particular Amy Winehouse, Mark Ronson and Milla Jovovich. It is the American actress Lindsay Lohan who introduces her to Sean Lennon during an evening where they meet at Mariah Carey’s!

“It was that night that we wrote the song together Strange Places, in Mariah Carey’s Hello Kitty bathroom! exclaims Irina. “And that’s not all, this song was recorded in the famous Sear Sound studio in New York where Yoko Ono and David Bowie went. She then meets Yoko Ono at the Dakota Building, this mythical building in New York. “I will always remember when I arrived in the white room where John Lennon’s white piano is enthroned, Sean started playing it. It was a moment where I really had goosebumps, it was so emotional. »

It is to tell all these stories and anecdotes that she wrote this book, which testifies to a bygone era, and to give some fashion advice with many photos. “There was this carelessness, this lightness, fashion, it’s not the healthiest environment, but we had so much fun! I am happy to have lived these olé olé years in addition to having been able to create real bonds of friendship. »

Irina Lazareanu points out that the fashion industry has changed.

We are now talking about mental health, well-being, there are also different forms of beauty. It took a long time, but it’s for the best.

She lived her experiences before the social media craze. “There were paparazzi following Kate Moss everywhere, but today everyone is a paparazzi with their phone. We talked to each other between shows, we wrote, we sang, there were creative exchanges, we weren’t all on our phones watching Instagram or Netflix… It changes the relationship between people, you have to be aware of that. »

Since January 2020, Irina has returned to Montreal. Mother of a little boy who will soon be celebrating his 4th birthday (the father is Drew McConnell, bassist for Liam Gallagher), she is delighted to have settled down. “It’s the first time in my adult life that I have a routine, whereas before I was traveling three times a week between Paris, London, Milan and New York. It makes me feel good, I spend time in the Laurentians and on the South Shore, where I grew up and where my parents still live. I will be 40 in June and I am very happy to age. » 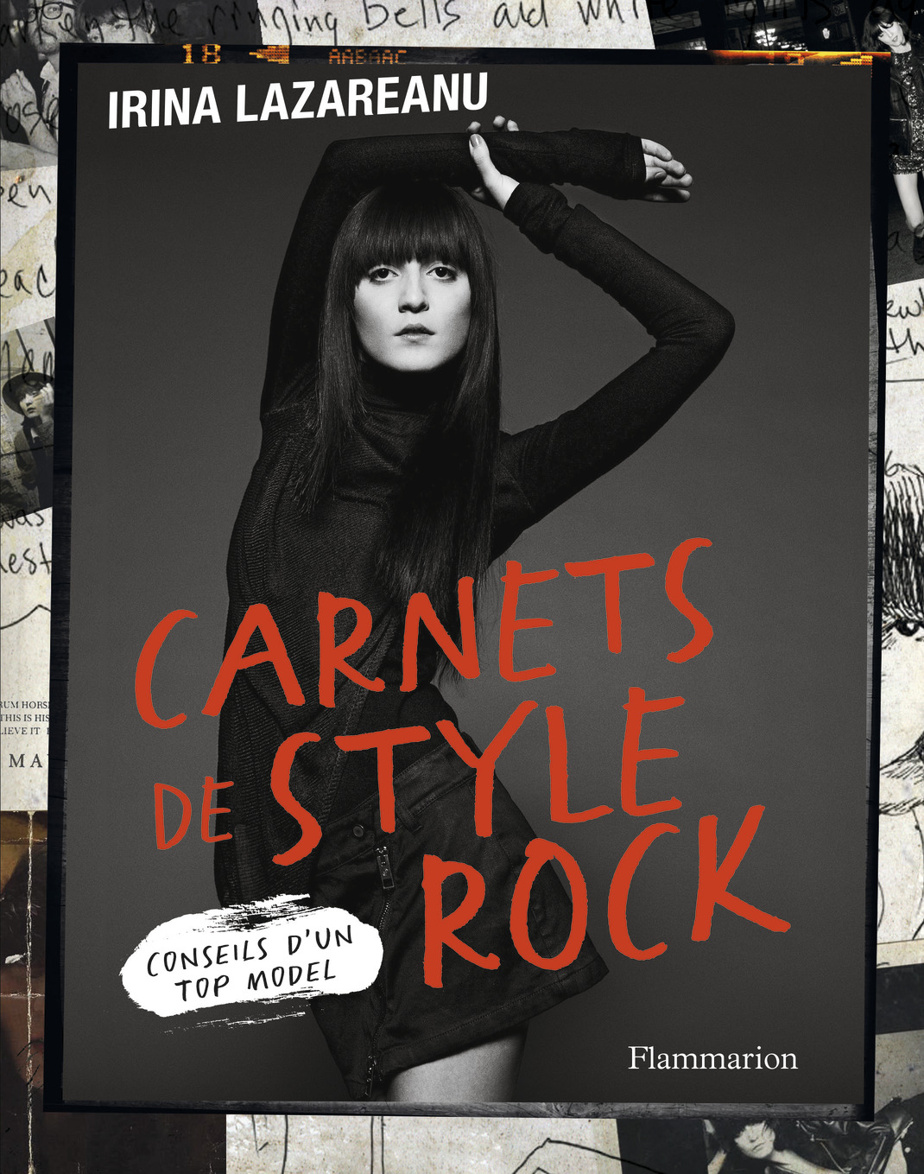