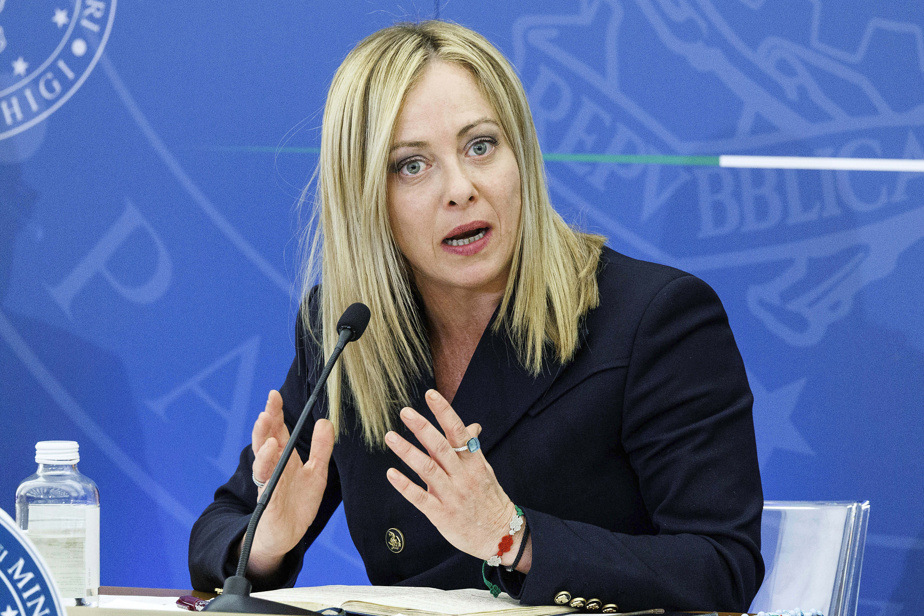 (Rome) In the name of order and to fight against nuisance, the government of Giorgia Meloni has gone to war against the raves by strengthening the penalties for organizers and participants.

The text approved Monday in the Council of Ministers worries the opposition, who fears that it could not be applied arbitrarily to any form of public demonstration.

“It is a serious mistake. The raves have nothing to do with such a text. It is the freedom of the citizens which is called into question ”, alarmed the boss of the Democratic Party, Enrico Letta, on Twitter.

Writer Erri di Luca joked about the “serious danger of free and free musical manifestations”. “The youth condemned to the scaffold”, he also reacted on the social network.

The indignation is all the more intense as the police confiscated a sound system worth 150,000 euros on Monday during an intervention against a rave in Modena (north) while 2000 people paid tribute on Sunday without being worried to the fascist dictator Benito Mussolini in his birthplace of Predappio (north).

“Who decides what is dangerous? A rave or a gathering of black shirts that insult our constitution? asked Democratic MP Ilenia Malavasi on Tuesday.

For Dario Accolla, activist of the LGBT community whose “lobby” Giorgia Meloni regularly denounces and whom she accuses of promoting “gender theories”, “they simply want to ban us from demonstrating”.

The opposition also criticizes the priorities of the government which, for its first council of ministers, approved sanctions against the raves and authorized the reinstatement of thousands of “no vax” caregivers, but overlooked aid to households and businesses in the face of inflation.

On the side of the majority, we welcome the reform which now provides for up to six years in prison and a fine of 10,000 euros for the organizers or promoters of illegal parties causing “the invasion of land and buildings in presence of more than 50 people” and are likely to cause “dangers to public security, public order or public health”.

“The party is over,” tweeted Matteo Salvini, head of the League and Minister of Infrastructure.

These legal provisions, pleaded the Minister of the Interior Matteo Piantedosi, are “already in force in other countries”.

“They offer new and more effective instruments thanks to which it will be possible to intervene quickly to stem a phenomenon that is particularly costly for the State, and therefore for the community, in that it requires the commitment of significant resources and many law enforcement officers,” he explained.

For him, the rave of Modena and the meeting of nostalgic fascists in Predappio are “two totally different things”: “Predappio is a demonstration that has been held for many years. Regarding the ravethere was a complaint from the land owner.

Questioned by the Italian press on the suspicion of complacency of its majority towards the neofascist militants of Predappio, Giorgia Meloni replied: “You know what I think, politically, it is very far from me”.

Several members of his government and parliament have been singled out by the media in recent weeks for their past or recent statements regarding fascism and Mussolini.

On Monday, the Prime Minister endorsed the appointment of the delegate ministers. Among them, Galeazzo Bignami, appointed to Infrastructure, photographed in 2005 with a Nazi armband at a private party.

“When the past does not pass. Dark shadows on the choice of deputy ministers”, headlined the center-left daily on Tuesday. La Repubblica.

Since his victory in the elections of September 25, Mme Meloni, who founded the post-fascist party Fratelli d’Italia, constantly distanced himself from the “Duce” regime.

She who declared, a 19-year-old young activist, that Mussolini had been “a good politician”, today condemns his authoritarianism, his anti-Jewish laws and the deportation of Jews to Nazi camps. It is for her “the darkest point in the history of Italy, a shame that will taint our people forever”.