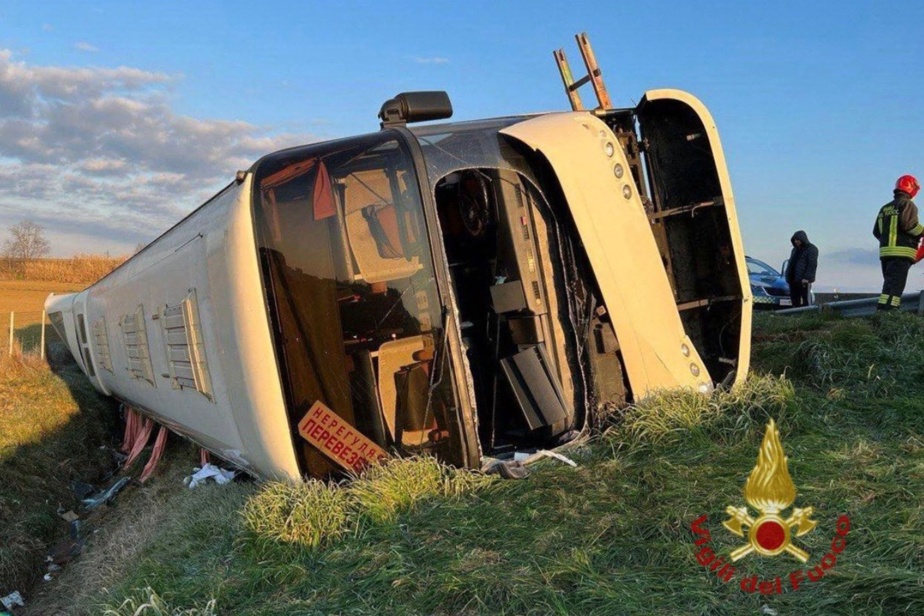 (Rome) A bus carrying around 50 Ukrainian refugees swerved off the lanes of a major highway in northern Italy at dawn on Sunday, killing one person, Italian firefighters said.

Italian state radio said there were several injured in the accident on the A14 autostrada near Forli, a town in the Emilia-Romagna region in the northeast of the country. She said the other people on board were evacuated.

The coach overturned on its side on a grassy slope after going over a highway guardrail near a farm. The firefighters had to use two cranes to straighten the vehicle and free it from its unfortunate position.

The Italian Interior Ministry said the bus departed from Ukraine and was heading for Pescara, a port city on the Adriatic Sea. The passengers were transported to a local police station for an assessment before continuing their journey, the ministry said.

Some 35,000 Ukrainian refugees who fled the war in their country went to Italy, most through the northeastern border with Slovenia.

An investigation is underway to determine the cause of the swerve involving this bus carrying Ukrainian refugees.