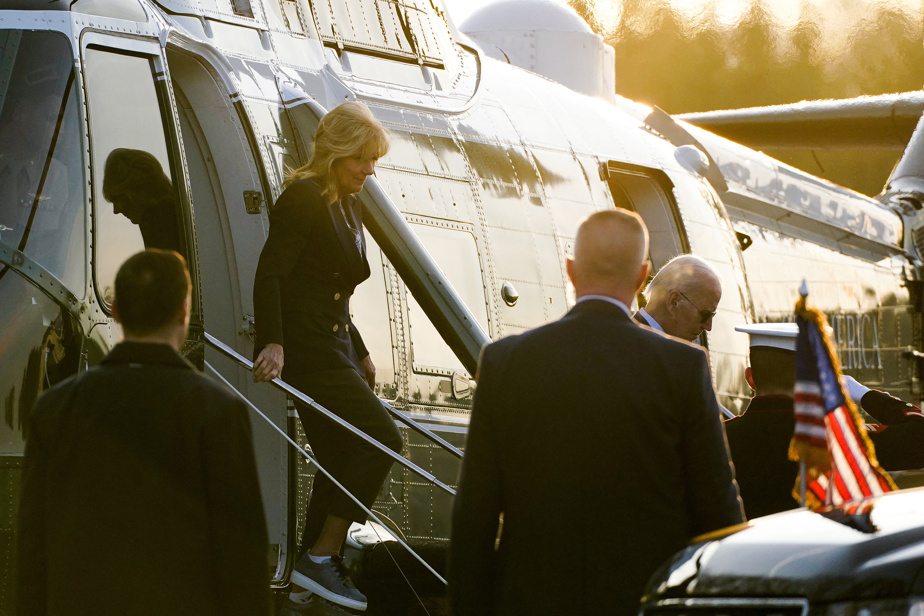 (Washington) The American first lady, Jill Biden, was admitted to the hospital on Wednesday to have a “small skin lesion” removed on her face during a routine examination.

Accompanied by her husband Joe Biden, she boarded the presidential helicopter Marine One to go to Walter Reed military hospital, near Washington.

The White House has confirmed that she has a “scheduled outpatient surgery procedure, known as Mohs surgery.”

This type of procedure takes place under local anesthesia and is considered extremely effective, if done early enough, in eradicating the formation of skin cancer.

The presidential doctor, Kevin O’Connor, announced on January 4 the discovery, “during a routine screening for skin cancer, (of) a small lesion […] above the eye of the first lady”.

“As a precaution, the doctors recommended that it be removed,” wrote the doctor in a letter made public by the spokesperson for the “First Lady”, Vanessa Valdivia.

The removed tissue will then be analyzed, he said.

Jill Biden, 71, is the oldest first lady in US history, while her 80-year-old husband is also the oldest tenant in White House history.

Cancer is a personal cause for Joe Biden, whose son Beau died in 2015 of brain cancer, and who made reducing the death rate from the disease a “presidential priority.”