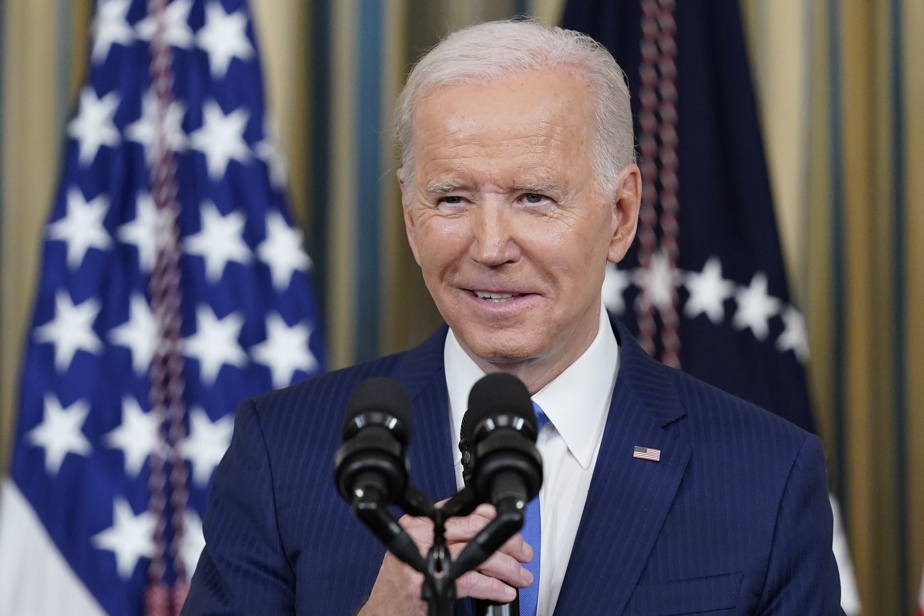 (Phnom Penh) COP27, ASEAN, G20… US President Joe Biden is back on the international stage, reinvigorated by the midterm elections which have confirmed his claimed status as a defender of democracy in the face of China and Russia .

Joe Biden leaves Washington on Thursday to participate in COP27 in Egypt on Friday. His program will continue in Asia with an Association of Southeast Asian Nations (ASEAN) summit in Cambodia on Saturday, then the G20 in Bali next week.

Before the midterm elections, questions arose around the face that the American president would wear during these summits.

Would he continue to relentlessly ensure that the United States is at the forefront of the fight for democracy in the face of the autocratic models promoted by China and Russia?

Or would he appear as a weakened leader, under the threat of a possible return of his predecessor Donald Trump and a possible fall of American democracy?

On Thursday, the Republicans seemed favorites to win the majority in the House of Representatives, but by a short head only, contrary to what they coveted.

The “red wave” avoided, the 79-year-old Democratic leader hailed the smooth running of the ballot, considered a test for his political future.

“The rest of the world is watching us,” Joe Biden said.

“(Our international allies) were very worried about whether we were still the free democracy that we were, and whether our rules and institutions mattered,” he said. “With their votes, the American people have spoken and proven again that democracy is who we are,” Biden said.

“A form of testing”

Joe Biden’s tour coincides with the return to the international scene of Chinese President Xi Jinping, strengthened after securing a historic third term. The two leaders are expected in Bali.

For Ash Jain, of the Atlantic Council think tank, the G20 represents “a form of test” for Joe Biden, who wants to strengthen the democracy camp while continuing to negotiate with autocratic regimes, placing himself in a position of strength.

Moscow or Beijing “revel in the dysfunctions” of American political life, continues the expert. But the “midterms” did not give them an opportunity to rejoice.

Joe Biden said the Kremlin even seemed to be waiting for the election results before announcing its humiliating withdrawal from the key area of ​​Kherson (southern Ukraine), another major setback in its invasion of Ukraine.

“I find it interesting that they waited until after the election to make this decision, which we’ve known for some time they were going to make,” he said, in a nod to supporters. of Donald Trump with pro-Russian leanings.

Experts interviewed by AFP believe that Joe Biden will travel with other arrows in his quiver.

At COP27, the American president will recall that the United States adopted a law this summer investing 369 billion dollars in green energy projects and climate initiatives.

“For the first time, the United States is in a good dynamic vis-à-vis the climate”, describes Joseph Majkut, energy expert at the Center for Strategic and International Studies (CSIS).

Joe Biden will want to “go on a kind of honor tour”, he continues.

In Asia, for the rest of his trips, the leader will praise the solidity of the American economy which, despite inflation, continues to show a low unemployment rate and to create jobs.

Faced with a China “stumbling in terms of economic growth”, Biden will have “a little wind in its sails” when he sits down at the discussion table, assures Matthew Goodman, economic expert at CSIS.

But the favorable context does not erase the lingering doubts of American allies and their autocratic rivals about the longevity of the doctrine of Joe Biden, who turns 80 on November 20.

The president has said he “intends” to run for a second term in 2024, but his cautious tone contrasts with the revengeful attitude of Donald Trump. And even if the latter did not come to run again, the isolationist foreign policy he defended remains widely shared in Washington.

In a press conference after the midterm elections, Joe Biden repeated one of his favorite stories when he told G7 leaders at a post-election summit that ” the United States was back”.

“It was a very serious question,” Biden said.