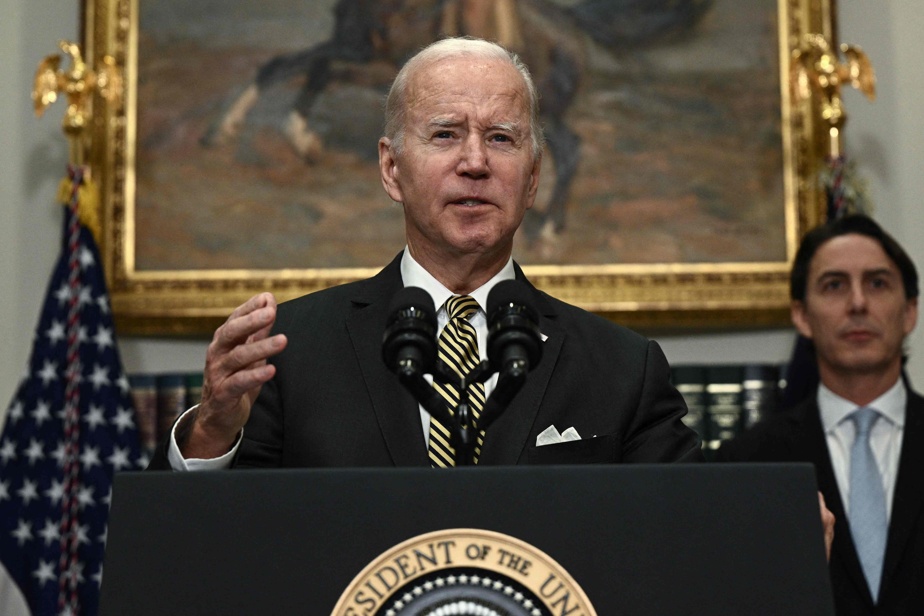 (Washington) President Joe Biden on Wednesday called on American companies to increase their oil production and confirmed that the United States would continue to draw on its strategic reserves in an attempt to stabilize prices at the pump.

This announcement, in a tense electoral context, comes two weeks after the decision, experienced as a snub in Washington, by OPEC and its allies, including Russia, to lower their oil production quotas.

Fearing that this will result in a surge in fuel prices just before the November 8 ballot, crucial for the end of his first term, Mr. Biden insisted on the issue.

“Families are hurting,” he said gravely in a speech at the White House, aware that high inflation is his Achilles’ heel, being exploited excessively by his Republican rivals.

It is urgent to “reasonably increase American oil production”, therefore pleaded the president. An increase in domestic production which must take place “without delaying our transition to clean energies”, he however wished.

“Refiner profits are double their usual. And distributor margins exceed the norm by more than 40%,” he tweeted in the wake of his press conference.

But the strongest measure is the confirmation on Wednesday that the United States would draw an additional 15 million barrels from its strategic reserves in an attempt to relieve oil prices.

This new extraction, which will be carried out in December, constitutes the last part of the program announced in the spring by the American head of state and which provided for the release of a total of 180 million barrels to cope with the surge in prices linked to the invasion. from Ukraine.

At the same time, the American president plans to put in place a mechanism to replenish the strategic reserves in the long term. The US government will begin to buy back crude oil when the price of a barrel of West Texas Intermediate (WTI), the American reference variety, drops to a range between 67 and 72 dollars.

This measure, supposed to send a clear signal to the markets, also aims to encourage the large national companies to boost their production.

The administration plans to negotiate repurchase contracts at a price agreed in advance, through an auction process, which will limit the risks linked to price volatility, explained a government official.

Since the beginning of September 2021, the United States has extracted more than 212 million barrels of strategic reserves, which are at their lowest since June 1984. Never has a president released such quantities since the creation of these reserves in 1975.

Although it has fallen 22% since its peak in mid-June, the price of regular gasoline remains 16% higher than its level last year at the same time.

As for diesel, it has only fallen back moderately since June, due to very low stocks, and costs 50% more on average than a year ago.