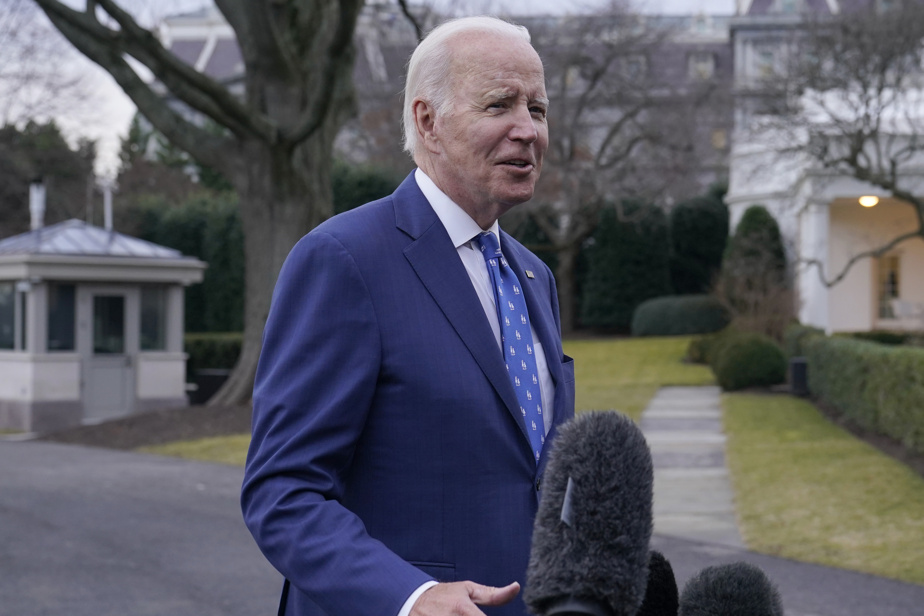 (Washington) President Joe Biden tackles a weak point in his record on Thursday: the migration crisis on the southern border of the United States, where he will go for the first time on Sunday.

The Democrat, accused by his Republican opposition of turning a blind eye to historic flows of migrants trying to enter the country illegally, will stop in El Paso, Texas ahead of a summit on Monday in Mexico City with Mexican and Canadian leaders .

He will discuss “border control operations” and meet local elected officials and activists, said a White House official on condition of anonymity.

He will also take the opportunity to “call on Congress to accept the requests for funds” from his administration, and to adopt a vast overhaul of the migration system, according to this official.

Earlier, the White House announced measures on Thursday to try to relieve the border, where more than 230,000 arrests were still recorded in November.

Up to 30,000 skilled migrants will be allowed to enter the United States each month from Cuba, Haiti, Nicaragua and Venezuela, but they will have to arrive by air so as not to add to the workload of border guards at the floor.

On the other hand, those who cross the border illegally will be more easily turned back, according to the White House. “This will widen and accelerate legal immigration channels but lead to new consequences for those who do not use them,” she added in a press release.

Large swaths of the US economy, particularly in agriculture, depend on immigrant labor, but the migration system is now on the brink of collapse.

Migrants, anxious to escape poverty or violence in their countries of origin, often take enormous risks to enter American soil.

More than 800 people died in the fiscal year, many drowned in the Rio Grande River, according to a border guard official quoted by NPR radio.

These flows also exert pressure on border localities, whose infrastructure struggles to accommodate these migrants in decent conditions.

Faced with constant criticism from his opposition, but also from associations of defenders of migrants, Joe Biden has so far remained rather discreet.

As he plans to run for a second term, he seems ready to take up the subject. Before his visit to El Paso, he is scheduled to deliver a speech on Thursday “on border security” with Mexico.

So far, his administration has been mostly content to send migrants back to Mexico based on a measure put in place by his Republican predecessor Donald Trump during the pandemic.

In the name of the health crisis, it makes it possible to immediately turn back any illegal alien intercepted at the border, including potential asylum seekers.

This measure, dubbed “Title 42”, is the subject of an intense judicial guerrilla war whose epilogue will be known in June at the Supreme Court of the United States.

Pending the decision of the high court, the Democratic administration must prepare to face new flows if the measure were to end up being lifted.

She is calling for additional funds to strengthen the presence of border guards and hopes for a reform of the migration system, with the regularization of many undocumented migrants in particular. A bill to this effect, however, stumbles over the Republican opposition.

President Biden is not the first president to come up against this thorny issue, which largely depends on the conditions in the countries of origin and comes up against positions that are difficult to reconcile between Democrats and Republicans.