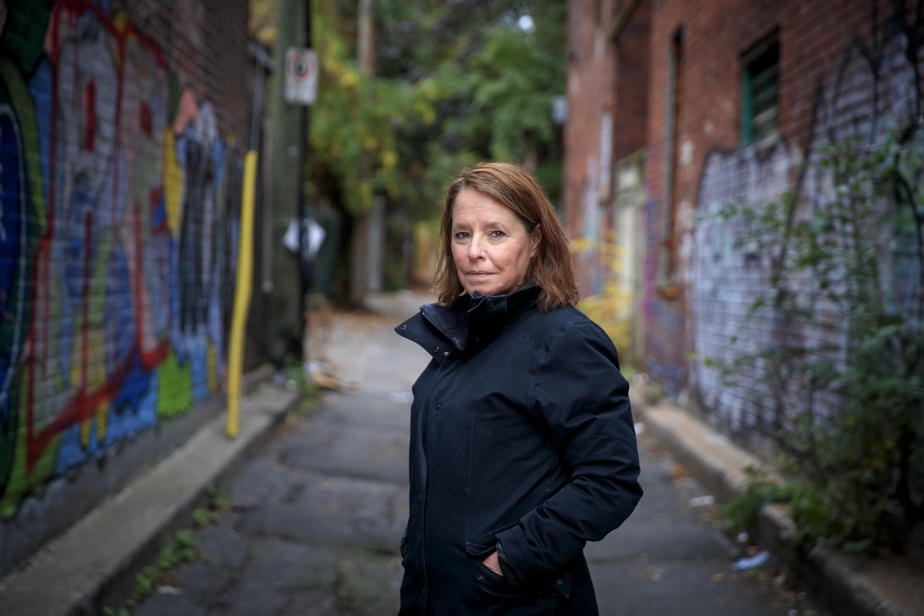 Journalist Michèle Ouimet, who worked for 29 years at The Press before writing her last column in 2018, was awarded the Canadian Journalism Foundation’s Lifetime Achievement Award.

“It’s a great prize,” underlines Michel Cormier, president of the jury, in an interview with The Press. A person’s entire career is recognized. “The award given to Michèle Ouimet is given to a journalist who has made a difference in the practice of the profession and who has really marked his time, explains the former director of information for Radio-Canada. “She’s a great field journalist who has always cared about people who have no voice,” he says.

With Michèle Ouimet, this desire to lift the veil on injustices was manifested both in reports produced in Quebec and in those done abroad, notes Mr. Cormier. The journalist notably covered the genocide in Rwanda, the civil war in Syria, the Taliban regime in Afghanistan, but also poverty in the Centre-Sud district of Montreal. Addressing all subjects with the same integrity is “really the most basic, but also the most important basis of journalism”, he believes.

The importance of Michèle Ouimet’s work can also be measured by the influence she has had on young people, said François Cardinal, Vice-President Information and Associate Publisher of The Press, in a press release. “She is the journalist most often cited as a role model by students,” he illustrated. So, in addition to being an inspiration to all her colleagues, she inspired, through her passion and her courage, a host of budding journalists to embark on this fascinating profession that she practiced with rare dedication. »

” That’s saying something [que Mme Ouimet a eu] this courage to go to the most difficult places and to do this kind of journalism, which has been crowned throughout his career with numerous prizes,” maintains Michel Cormier. Michèle Ouimet received the Judith-Jasmin Prize for her career and the Michener Prize, in addition to being admitted to the Ordre national du Québec in 2020.

By winning the Coronation of Career award, Michèle Ouimet joins the illustrious winners of recent years. These include journalist and court reporter Michel Auger, who worked for many years at the Montreal Journalas well as Bernard Derome, formerly at the helm of Newscast of Radio Canada. “She is in good company,” jokes Michel Cormier.

In addition to his 29 years at The PressMichèle Ouimet published in 2019 the book Leaving to tellan account of his career as an international reporter. She has also written fiction books titled The cat man (2021), The promise (2014) and purple hour (2017).

Michèle Ouimet will be honored on June 7 at the Canadian Journalism Foundation Awards Ceremony at the Art Gallery of Ontario.