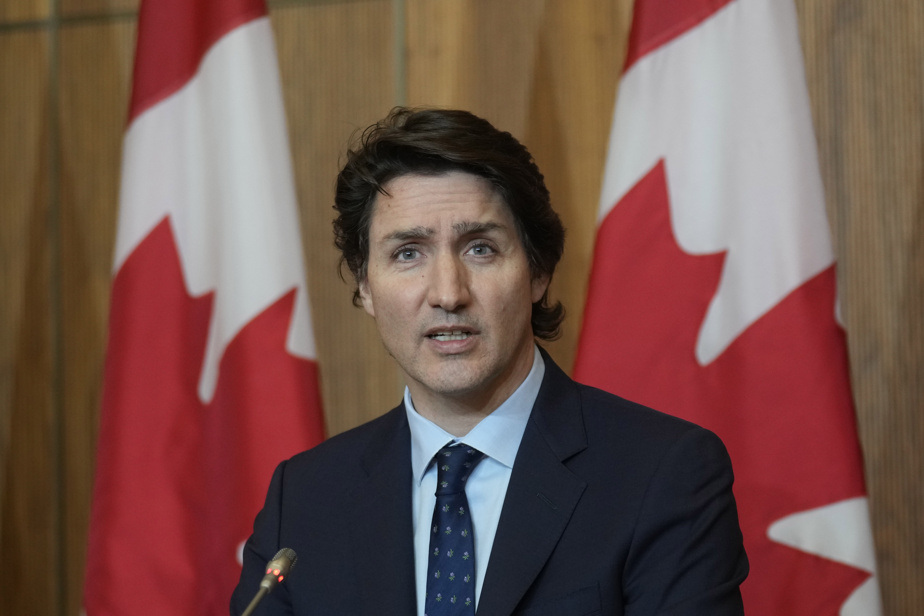 (Ottawa) The Prime Minister on Wednesday canceled the historic appeal to the Emergency Measures Act, less than 48 hours after the House of Commons approved it. The debate was still taking place in the Senate at the time of the announcement, but it was quickly adjourned and the government motion was withdrawn before the end of the press conference.

“Today, after carefully examining the situation, we see that we are no longer in an emergency situation,” said Justin Trudeau late Wednesday afternoon. This is why the federal government is ending the Emergency Measures Act, he added. We now consider that the laws in place are sufficient to ensure the safety of the population. »

The end of the state of emergency is to come into effect after the signing of a proclamation by the Governor General, which was to be done late Wednesday.

Mr. Trudeau made the announcement surrounded by the four ministers of the crisis unit. Earlier in the day, the Prime Minister had just chaired a meeting of the Incident Response Group to discuss the illegal blockades.

The Prime Minister had indicated on several occasions during the last week that recourse to this law, never used since its adoption in 1988, would be abandoned as soon as it was no longer necessary. Most of the “freedom convoy” demonstrators had left Ottawa on Sunday after a major police operation to dislodge them.

The government is therefore abandoning the extraordinary powers granted under the state of emergency, such as the one that allowed financial institutions to freeze the bank accounts of protesters without judicial review. About 200 accounts totaling 7.8 million were affected.

“The process to unfreeze the accounts has already begun,” said Finance Minister Chrystia Freeland. Accounts were frozen to convince people who were part of the illegal occupations and blockades to leave. »

Truckers are still gathered on the outskirts of Ottawa, but Mr. Trudeau assured that the police have the tools necessary to react if they decide to return to block the city center. Isn’t this proof that the declaration of a national state of emergency was useless?

“On the contrary,” he replied to the question of The Press. The summoning of the Emergency Measures Act encouraged some people to leave and enabled the security forces to put an end to these occupations. »

These reasons still do not convince the conservatives. “Nothing has changed between Monday and today except for a deluge of public concern, bad press and ridicule on the international stage,” said interim leader of the Conservative Party of Canada, Candice Bergen, by press release. She again called for an end to mandatory vaccination for truckers and federal officials demand an end to health measures.

The Bloc Québécois was delighted with the lifting of the state of emergency. “However, it is a rare cynicism on the part of the Prime Minister, less than 44 hours after having imposed a vote involving the fall of the government, commented its leader, Yves-François Blanchet. There remains another serious effect of this appeal: the creation of a first precedent in 34 years with this historic invocation of Emergency Measures Act. »

He again called for an independent public inquiry.

The House of Commons on Monday approved the state of emergency declared to end the demonstration in Ottawa. The support of the New Democrats made it possible to pass the motion presented by the Liberals. The Conservatives and the Bloc voted against.

New Democratic Party (NDP) leader Jagmeet Singh was pleased to see that the use of Emergency Measures Act was revoked “as soon as it was no longer needed”. He acknowledged that it was a “dark moment in the history” of the country. “Use of the Act was an admission that all levels of government had collectively failed to protect Canadians,” he said in a statement.

Singh now calls on government to tackle ‘double standards’ in law enforcement against protesters who occupied Ottawa and law enforcement’s treatment of Indigenous and racialized people . He also calls for an action plan in the face of “the rise of extremism and hatred”.

The Canadian Civil Liberties Association welcomed the government’s decision, but is maintaining its legal challenge for the time being.

The Senate flooded with emails

Senators had been receiving emails by the thousands since last week asking them to vote against the state of emergency motion. “It came in every five minutes,” said Conservative Senator Claude Carignan.

The motion, which had been debated in the Senate since Tuesday, raised doubts among many senators. Some, like Mr. Carignan, felt that police forces already had all the tools they needed to react.

Others, like the senator of the Progressive Group, Pierre Dalphond, considered that the freezing of the bank accounts of the demonstrators went too far.

A committee composed of deputies and senators must be set up to examine the circumstances which led to the declaration of a state of emergency.

A government-led investigation must also be launched within sixty days of its repeal. Prime Minister Trudeau suggested on Wednesday that it focus on police activities, “influence, funding and misinformation” from here or elsewhere “that have supported illegal blockades”.