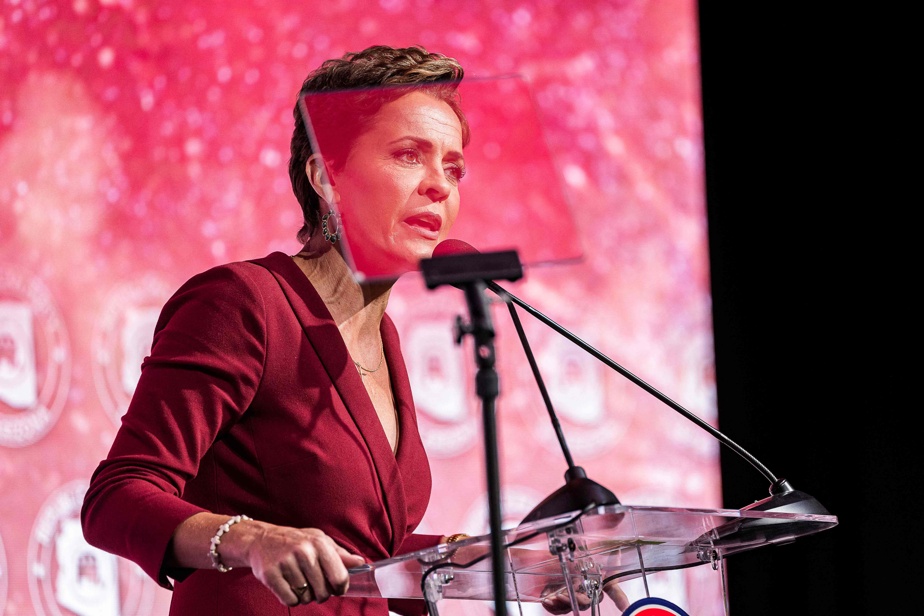 (Los Angeles) A ​​Republican candidate supported by Donald Trump, Kari Lake, failed Monday to seize the seat of governor of Arizona, according to media, a new setback very noticed for the ex-president who must announce his 2024 presidential bid on Tuesday.

After a tight and tense competition in this key state, Democrat Katie Hobbs won on the wire against this emblematic figure of Trumpism, according to CNN and NBC.

Kari Lake, convinced that the 2020 presidential election was stolen from Donald Trump – despite the lack of evidence – had refused to make it clear that she would accept the result of her own ballot.

For any reaction, the unfortunate candidate tweeted Monday evening: “The people of Arizona know when they are being scammed”.

The former president for his part immediately denounced the validity of the ballot on his Truth Social network. ” Wow ! They just stole the election from Kari Lake. It’s really serious! »

This 53-year-old woman, who claims the nickname of “Trump in a petticoat” which the left has decked her out, was one of the outstanding personalities of the campaign. She was seen as one of the Republican’s lieutenants during the midterm elections, which took place on November 8.

The former local Fox News anchor had turned her broadcast notoriety into political capital, cultivating an image of a grace-stricken rebel who abandoned the “corrupt media”.

Immigration, crime, decline… this mother of two children had taken up all the themes of her mentor.

Her radicalism had earned her the title of “threat to democracy” by a large part of the American press, which already imagined her as a possible vice-president of Donald Trump in 2024.

Almost a week after the votes were held, the full results of the midterm elections are yet to be known – control of the House of Representatives, for example, remains an unknown.

But “democracy is worth the wait,” Democrat and future governor Katie Hobbs rejoiced on Twitter on Monday evening.

Secretary of State of Arizona, responsible for organizing the elections, she found herself in the spotlight during the 2020 presidential election, during which her state had played an important role.

Katie Hobbs had notably confided to having received threats after the publication of the results, tirelessly contested by Donald Trump and his supporters.

Kari Lake’s defeat is bad news for the real estate mogul, who hasn’t brought the election season the glory he was hoping for.

Donald Trump was personally involved in these votes, dubbing candidates who swear absolute loyalty to him.

But the Republican Party, which wanted to see a conservative wave sweep through the US Congress, did not do as well as it thought.

Democrats thwarted poll predictions by successfully retaining control of the Senate. And in the House of Representatives, if the right seems on track to seize the majority, it could be short.

Above all, many of the billionaire’s foals disappointed, weakening his position. Especially since he has to face competition from Ron DeSantis, governor of Florida re-elected triumphantly, who is said to have presidential ambitions.

Donald Trump, who promised a “very big announcement” for Tuesday, should, in all likelihood, formalize his candidacy for the presidential election of 2024.