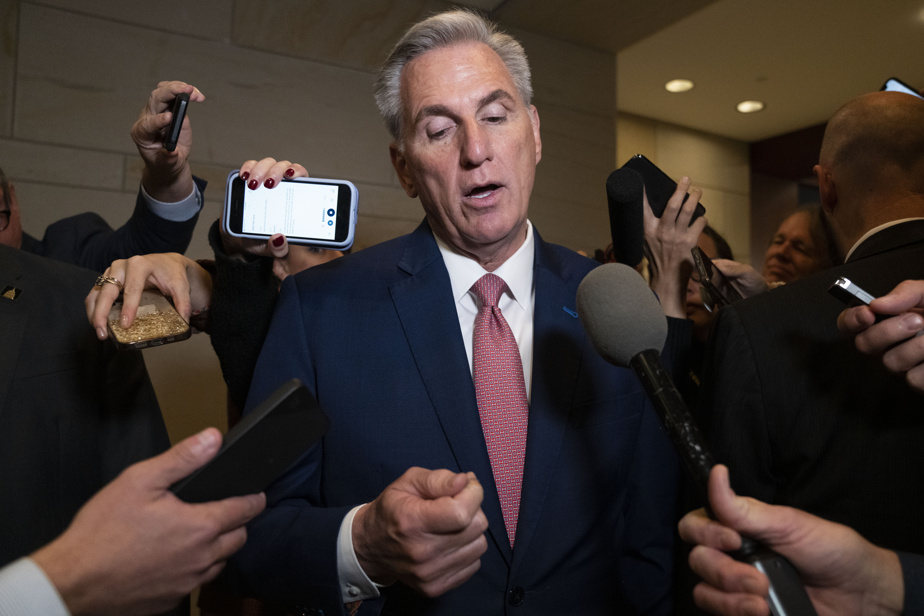 (Washington) Republican leader Kevin McCarthy was nominated Tuesday by his peers to be the leader of his party in the US Congress, which opens the way for him to take strategic command of the House of Representatives in January.

The 57-year-old elected official, who has held senior positions in the lower house of Congress since 2014, was opposed to Andy Biggs, a member of a powerful ultra-conservative group, the Freedom Caucus. Republicans voted by secret ballot.

Kevin McCarthy must now win the plenary vote on January 3, when the 435 newly elected House Republicans and Democrats will elect their third most important “speaker” in American politics after the president and the vice-president.

This vote promises to be very tight, the Republicans having left to have only a tiny majority in the House. The laborious counting of the midterm elections is still ongoing.

Kevin McCarthy is weakened by the poor performance of the Republicans in this election, the “giant wave” predicted by the conservatives not having materialized.

Any defection in his camp would significantly complicate his rise to the perch and the right wing of the conservatives have made it known that they will lay down their conditions before supporting him.

In 2015, the California elected official had already narrowly failed to become Speaker of the House of Representatives.