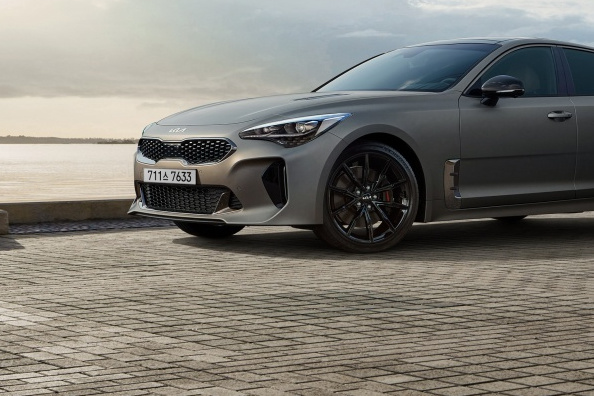 She had been known to be living on borrowed time for quite some time. Kia finally confirmed the inevitable last week: the Stinger will no longer be produced after the 2023 model year. To mark the event, the Korean brand will launch a limited edition.

Probably one of the most significant models in the history of the Korean brand, this Stinger will have succeeded in raising the perception of the brand which has long been considered a manufacturer of low-end vehicles. With a 368-hp 3.3L V6 engine and well-balanced chassis, this sporty sedan offers a lot for the asking $54,000. We also cannot exclude its very eye-catching design incorporating a tailgate to ensure the practicality of the vehicle.

Its low sales in the face of the irresistible wave of SUVs and crossovers combined with the electric shift of manufacturers finally got the better of this model.

The special edition Tribute Edition will write its last chapter with its circulation of 1000 copies. It is essentially an aesthetic group offered with matte green or matte gray colors as well as various stylistic details that set it apart from the production versions. Kia Canada could not inform us of the number of copies that will be allocated to the Canadian market.