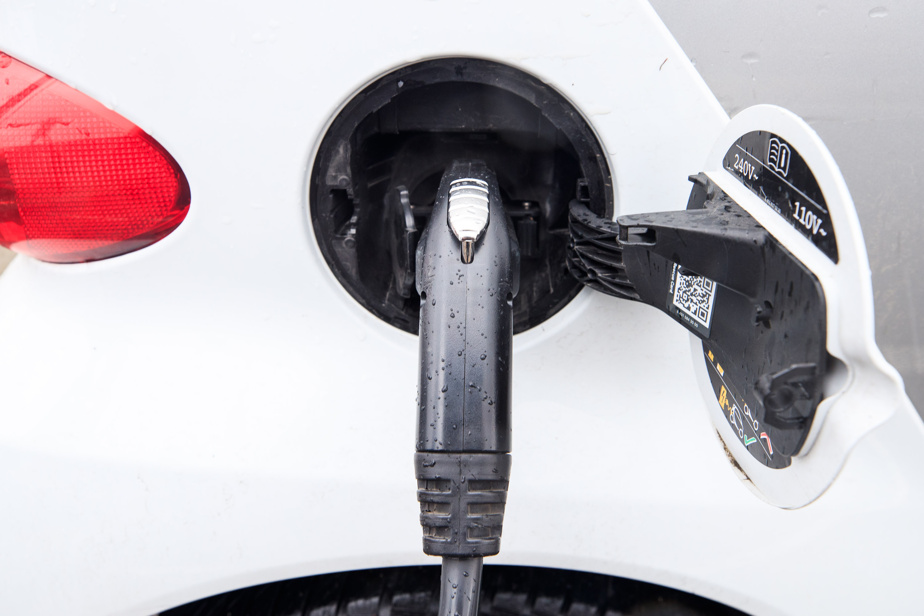 The relentless escalation of gas prices is causing many Canadians to think more seriously than ever about buying an electric vehicle.

The average price of gasoline reached $1.70 per liter in Canada, according to the Canadian Automobile Association. This is up $0.38 from 12 months ago. In some parts of the country, the price has exceeded $2 per litre.

However, 6% of respondents say they ordered an electric vehicle last month.

According to Joanna Kyriazus, of the Clean Energy Canada program at Simon Fraser University, owners of electric vehicles can protect their wallets from fluctuating gas prices influenced by geopolitical events like Russia’s invasion of Ukraine. .

“Owning an electric vehicle means you don’t have to worry about the price on gas pumps anymore,” she says. Charging the battery of a Chevy Bolt, which has a range of 413 km, would cost only $5 to $13 at home, depending on the province where you live.

Mme Kyriazis predicts that prices are likely to drop. The market for batteries has already started to fall due to many factors such as increasing manufacturing capacities, higher demand from car manufacturers and recent innovations.

The initial cost of an electric vehicle is usually higher than a conventional car, but it saves more money in the long run, points out Mme Kyriazis.

“It doesn’t take a long time. Within a year or two, the money saved on gas makes the electric vehicle less expensive than a gas-powered vehicle. »

And that’s not counting the incentives: the reimbursement offered by the federal government of up to $5,000 and the other programs set up in the provinces.

Cara Clairman, founder and president of Plug’n Drive, says drivers will need to view charging stations differently than gas stations. It will have to be installed in many places instead of in the middle of nowhere.

“We don’t need it everywhere,” she says. Place them where people are likely to stop the most. They will want to eat or shop during long journeys. This is where the terminals will have to be placed. »

Another obstacle is the availability of vehicles. The waiting time is about a year in many cases. Supply issues caused by the COVID-19 pandemic may extend this period.

As interest in electric vehicles grows, car manufacturers are increasingly interested in Canada to implement their business strategy. For example, Honda Canada announced on Wednesday that it will invest $1.38 billion over the next six years for modifications to the assembly lines at its Alliston, Ontario plant, which will eventually build the CR-V and CR-V hybrid vehicles. 2023.

Earlier in March, GM and its Korean partner POSCO Chemical announced that they would establish a plant that will manufacture components for electric vehicle batteries in Bécancour, in the Centre-du-Québec region. The American giant also plans to launch during the year a first large-scale electric vehicle manufacturing plant in Canada in Ingersoll, Ontario.