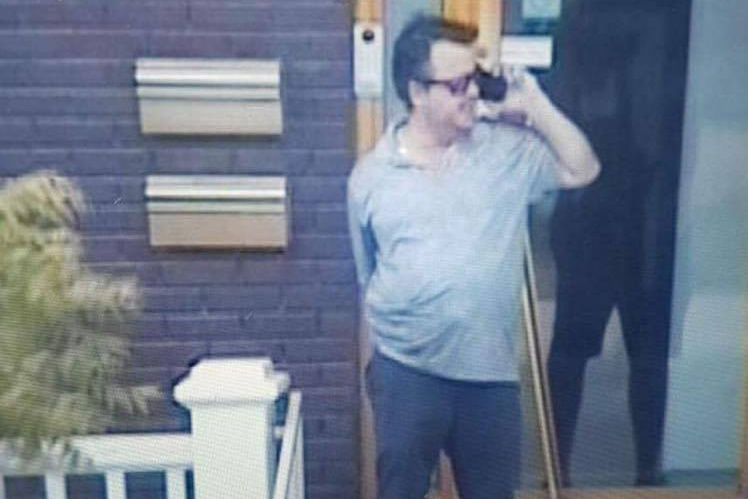 A lawyer who represented the Mouvement Desjardins recounted on Monday the “incredible dread” felt when an individual shot him through the door of his house in March 2020, an attack which he immediately linked to a dispute between the financial institution and a real estate developer in Joliette.

Mand Nicholas Daudelin, of LCM Avocats, testified confidently Monday at the Longueuil courthouse in the trial of Daouda Dieng and Cheikh Ahmed Tidiane Ndiaye, two men accused of attempted murder on his person.

The lawyer said that on the evening of March 26, 2020, he sat in his living room with his spouse to listen to Radio-Canada’s radio-theatre. The public channel was broadcasting a play by Michel Tremblay that evening.

He recounted seeing a car pass very slowly in front of his house. Then someone knocked on his door and asked through the glass if he was Mr. Daudelin. Suspicious, the lawyer denied and asked the person to leave his property, without opening the door.

“I know it’s you,” replied the man standing outside. A second man would then come out of the darkness, a black pistol in his hand.

“What I remember the most is his look, really, that made my blood run cold. I was seized with incredible dread. I was really scared,” the witness told the court.

Hit in the leg

He remembered seeing the man raise his arm, holding the weapon horizontally, “to aim higher and higher at me,” said Ms.and Daudelin.

The lawyer says he launched himself to protect himself behind a wall. “At the same time, I felt incredible pain, I knew I was affected from that moment,” he explained. Hit in the leg, he was in “tremendous pain”, he recalled, evoking at least two detonations, perhaps more, because the din of the broken glass of his door drowned out all the other noises.

Worried to see the shooter come in to finish him off, he says he did not immediately ask his wife to call 911. “I was convinced that if I spoke to him, well, I was putting his life in danger”, a- he recounted.

When he finally alerted her, the woman crawled past the hearth, to call for help without risking being hit, according to the witness. Police and paramedics arrived soon after, he said in his testimony.

Worried about his colleagues

Mand Daudelin says he immediately asked his lover to call two lawyers from his office who, like him, represented Desjardins Group in a dispute with the Joliette real estate developer Jean-François Malo.

“I said: ‘Malo shot me, call them, we have to get them to safety.’ They have children, I was afraid of a coordinated attack,” he said.

Mand Daudelin explained that he first knew Jean-François Malo in the context of a local dispute with the Caisse populaire de Joliette. The file was “hot”, and the director of the fund had been “beaten up”, he recalled.

In 2019, he then undertook a series of civil actions on behalf of the Fédération des caisses Desjardins du Québec in connection with suspicions of fraud on the part of Mr. Malo’s group of companies. There followed a “rolling fire” of procedures on both sides, a conflict which led the two parties to court “every week”, according to him.

Jean-François Malo is now charged with attempted murder in connection with the attack on Mand Daudelin, but his file was separated from that of the co-defendants Daouda Dieng and Cheikh Ahmed Tidiane Ndiaye. He will be judged later. The indictment against Mr. Malo states that he acted “with the intent to instill fear in a person in the justice system and to obstruct justice by using violence”.

In cross-examination on Monday, the lawyers of MM. Dieng and Ndiaye asked the victim several questions about the physical description of the two men he said he saw on the evening of the attack, in order to verify whether it corresponded to that of the two accused.