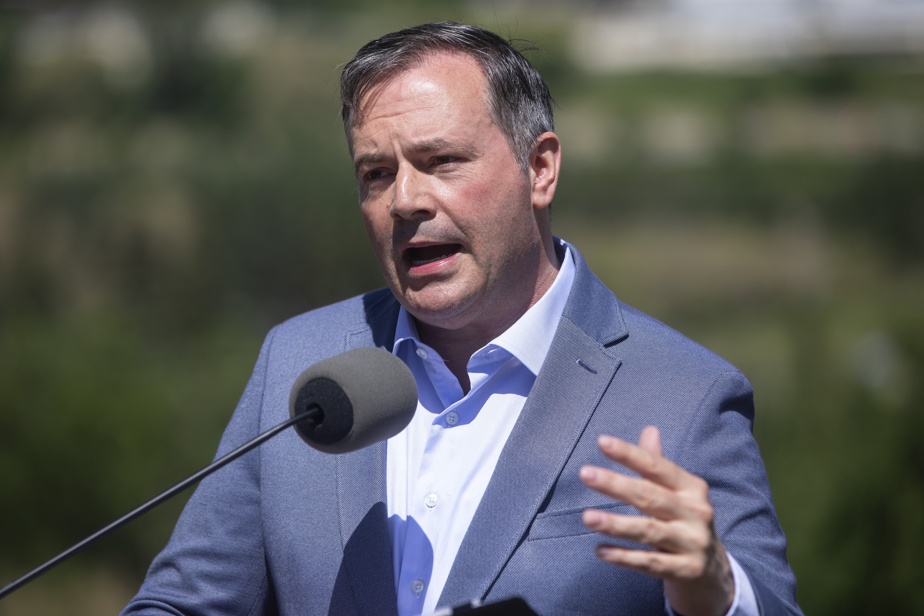 (Edmonton) Alberta Premier Jason Kenney on Saturday appealed to members of his United Conservative Party for unity or risk handing over power to the New Democratic Party in the next election.

During a speech in Red Deer, he reminded the Conservatives that he has never lost an election. He also said he left federal politics to return to Alberta to unify conservative forces and defeat the NDP in 2019.

Mr. Kenney added that opposition to his leadership had its roots in the difficult decisions he made to fight COVID-19, stressing the need to look to the future, not the past.

Some 60,000 members will soon receive a mail-in ballot to vote on Jason Kenney’s future as leader of the United Conservative Party.

Mr. Kenney made it clear that a negative vote for him would mean his departure.

If the members decide they want a leadership contest, I will step down, he threatened. But if they decide to choose the path of unity and stability. So I expect, and I believe all members of the party, expect all members of our caucus and our team to respect the decision.

If he does not obtain a majority, then a leadership race will have to be launched to find a new leader.

Ballots must be received by the party by May 11. The result will be announced seven days later.

An in-person vote was scheduled to take place Saturday in Red Deer, but the PCU leadership changed the rules two weeks ago. She explained that the interest in this vote made it impossible to hold a congress. More than 15,000 members have reportedly signaled their intention to travel to the small Alberta town to participate.

Mr Kenney is contested by various factions within his party. His opponents fear that his policies and management style have alienated him from many supporters, which could favor the victory of Rachel Notley’s NDP in the next general election due to be held in May 2023.

Opponents, including MP Brian Jean, argue that the last-minute changes to the vote were aimed at broadening the electoral base because it was clear that Mr Kenney was headed for a defeat at Congress.

“Mr. Kenney’s speech and strategy have divided our party. He gave a speech where he said the choice was between more of the same and Rachel Notley’s NDP. You know someone is losing if they have to resort to fear,” Jean said.

According to political scientist Duane Bratt of Mount Royal University in Calgary, restoring unity will be easier said than done, especially if Mr. Kenney’s leadership is confirmed by a slim majority.

” What to expect ? To see opponents acknowledging defeat, agreeing to work with Mr. Kenney, giving him money, running for the party? See opponents abandon the party? Regardless of the outcome, I don’t know if this party will stay united. »