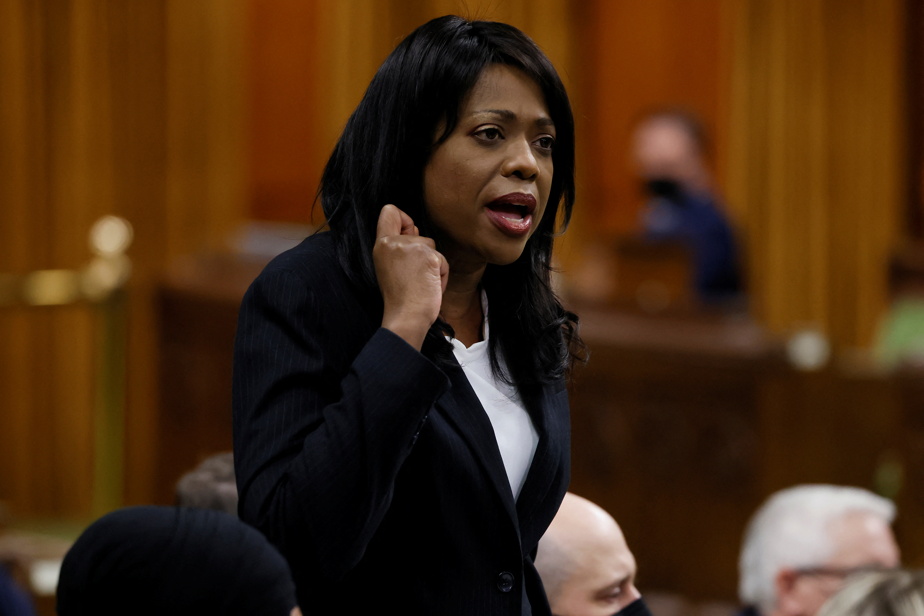 (Ottawa) Ontario MP Leslyn Lewis, who was a candidate for the Conservative leadership in 2020, is trying her luck again.

Mme Lewis, who is from the “social fringe” of the Conservative Party, announced his candidacy on social media on Tuesday. She also published an excerpt from the February 16 question period in the Commons where she questioned the government on the motion to ratify the Emergency Measures Act.

She sent an email to her supporters on Tuesday asking for help collecting the 500 signatures she will need to officially enter the race. She also launched her campaign website, with a link to buy a membership card to support her and make a contribution to the party. “I am running to lead our party and our country with a vision of hope, unity and compassion,” she wrote on Twitter.

Mme Lewis becomes the second declared candidate in this race. Ottawa-area MP Pierre Poilievre, also from the social fringe of the party, announced his candidacy last month, just days after Erin O’Toole was ousted from the leadership by the Conservative caucus, after only 17 months in office.

Former Quebec Liberal Premier Jean Charest, of the “progressive fringe”, is to officially announce his candidacy in Calgary on Thursday. The former leader of the federal Progressive Conservative Party won the support of political commentator Tasha Kheiriddin on Monday, who had considered running for the leadership.

Former PQ premier of Quebec Lucien Bouchard welcomes the arrival of Mr. Charest in this race. Mr. Bouchard, who was a member of the Conservative government of Brian Mulroney alongside Jean Charest, before resigning to found the Bloc Québécois, believes that there is always room in politics for people like his former colleague.

“It’s always very good for democracy when there are people of talent and experience who engage in active politics. It’s always very good, especially in the case of my friend Jean Charest, ”he said on Tuesday, on the sidelines of an event in Montreal on the occasion of International Women’s Rights Day.

Candidates have until April 19 to declare their intention and until June 3 to submit their membership application to the authorities.

Leslyn Lewis, a former Bay Street lawyer, came to Canada from Jamaica with her parents as a child.

During the previous Conservative Party leadership race in 2020, Mr.me Lewis, the only female candidate, came third, behind Mr O’Toole and Peter MacKay, a former Conservative cabinet minister who led the Progressive Conservative Party before it merged with the Canadian Alliance in 2003. First roughly unknown, having never held an elective position before, Mme Lewis had enjoyed considerable support from the party’s “social fringe” and grassroots activists in western Canada.

This winter, she sharply criticized mandatory COVID-19 vaccinations and the Liberal campaign promise to revoke the charitable status of anti-abortion pregnancy centers. She has won a lot of support from the party’s base in Western Canada and from members of her very well-organized Conservative social network, some of whom are already supporting her once again in her leadership ambitions.

“I can say with confidence that we will be 100% behind Leslyn Lewis,” said Alissa Golob, co-founder of the political organization RightNow, which opposes abortion. “Mme Lewis is currently the only one who can truly unite the party and win over the segment demographics the party needs to target to win. »

Mme Lewis was first elected to the Commons last fall, in the rural riding of Haldimand-Norfolk in southwestern Ontario. But Mr. O’Toole gave him no role in his “shadow cabinet”, which drew the ire of the social conservative wing of the party, many of whom had shifted their support to Mr.me Lewis towards Mr O’Toole after the second round of the leadership vote in 2020.

Last November, Mr. O’Toole had criticized certain comments on the social networks of Mr.me Lewis, who questioned the appropriateness of vaccinating children against COVID-19. She has always refused to publicly state her vaccination status, saying such information should be kept private.

She also publicly supported the convoy of truckers that blocked Ottawa streets for more than three weeks this winter to challenge health restrictions, mandatory vaccinations and the Liberal government of Prime Minister Justin Trudeau.

Mr Genuis introduced the bill last week by suggesting that protesters who took part in the blockades, and whose bank accounts were frozen, were being discriminated against because of their political views.