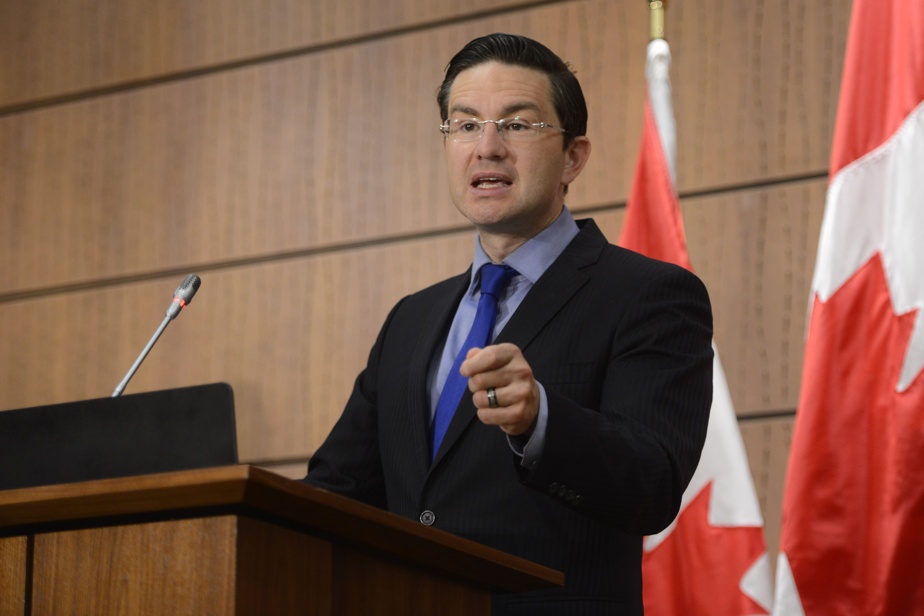 (OTTAWA) A Montreal Conservative senator who works on Pierre Poilievre’s team in the party’s leadership race calls Jean Charest a “conservative of convenience,” who won the support of a potential candidate on Monday.

Leo Housakos had campaigned on the ground for Jean Charest in 1993, during the race for the leadership of the Progressive Conservative Party after the departure of Brian Mulroney. Mr. Charest came second, behind Kim Campbell, but he was elected leader a little later, in 1995.

But Leo Housakos, appointed to the Senate by Stephen Harper in 2009, now believes that Jean Charest is a man of the past.

Efforts by Mr. Poilievre’s campaign team to cast doubt on the conservative values ​​of a potential rival come before Mr. Charest has even officially announced his candidacy.

Mr. Charest is expected to launch his campaign on Thursday, more than a month after Mr. Poilievre, who started fundraising and organizing events, said he wanted to be the next Conservative leader.

The former Liberal premier of Quebec met last week in Ottawa with some forty Conservative senators and MPs to take the temperature of the water. He told reporters he was waiting to hear the terms of the leadership race before making a final decision.

Candidates have until April 19 to declare their intention and until June 3 to submit their application for membership. His supporters are already working to set up a campaign.

Quebec MP Alain Rayes recently emailed potential volunteers and organizers in Quebec asking them to attend virtual meetings starting this week to discuss campaign operations on the ground. Copies of these emails were obtained by The Canadian Press.

In his campaign, Mr. Charest can count on the support of political commentator Tasha Kheiriddin. She revealed Monday evening that after having considered a candidacy for the leadership of the party, she gives up running and instead lines up with the camp of the former premier of Quebec.

“I ask you to join me in supporting the candidate who can best unite the party and win the election, Hon. Jean J. Charest,” wrote Ms.me Kheiriddin on Twitter.

“Mr. Charest shares my vision of a united party that speaks to all regions of the country, that is inclusive and focused on the future. A party that has a vision of the economy, energy and the environment that can win in the West, in the 905 and in Quebec. »

Earlier in the day, Mr. Poilievre, the only declared candidate in this race, criticized on social media Mr. Charest, who is, like Justin Trudeau, in favor of “carbon taxes”, he denounces.

Mr. Charest, when he was premier of Quebec, had inaugurated a system of cap and trade in greenhouse gas emissions (“carbon exchange”). He hasn’t responded directly to Team Poilievre’s stings so far.

Quebec MP Gérard Deltell, who wants Mr. Charest to enter the race, spoke of a normal political game under the circumstances.

Mr. Housakos said on Monday that what he and others were saying was simply in the public domain. Last week in Regina, Poilievre called the attacks “honest disagreements” in politics.

Mr. Poilievre, MP for Carleton, south of Ottawa, is to travel to Toronto this week to meet with representatives of cultural communities.