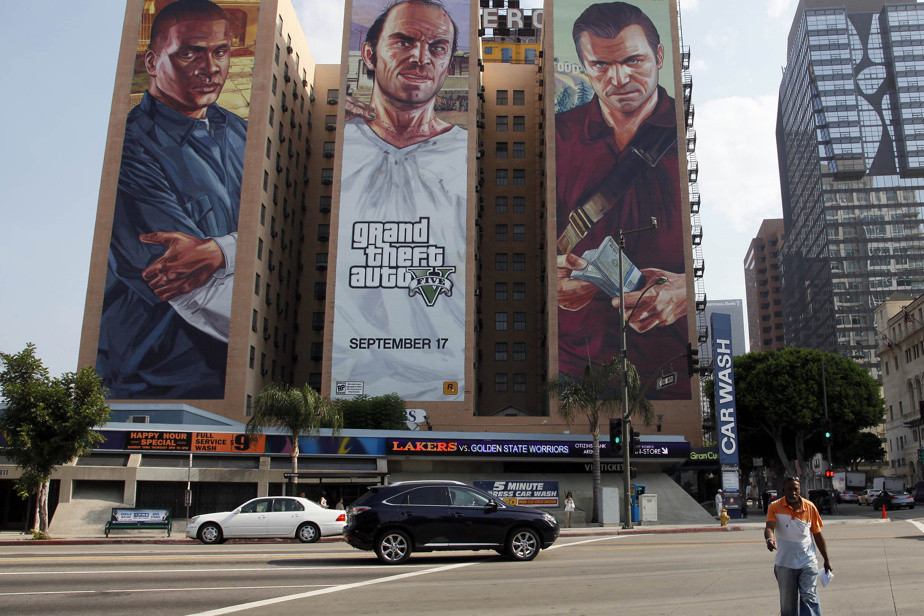 (Paris) Stolen videos and bad publicity around one of the most anticipated video games: Rockstar Games, producer of the famous saga Grand Theft Auto (GTA), saw extracts from the sixth opus pirated and leaked on the internet last weekend, symbolizing the threat hanging over publishers.

Tuesday was the turn of Diablo 4another major title scheduled for release in 2023, to see long videos leaked on a specialized forum.

Activision-Blizzard, Electronic Arts, Ubisoft, Capcom… The list of publishers victims of targeted cyberattacks has continued to grow in recent years.

The most emblematic case remains that of CD Projekt RED: the Polish group had published in early 2021 a copy of the ransom demand from hackers claiming to have stolen the “source codes” (the computer architecture of a program) of major productions such as Cyberpunk 2077 and The Witcher 3as well as internal documents.

The specialized site PC Gamer had noted this weekend the publication of a file containing some 90 videos of GTA VI on gamer forums. Through the pseudonym “teapotuberhacker”, the hacker promised to “leak more information soon”.

“We are extremely disappointed that details of the next game are being shared with you in this way,” said Rockstar Games, which confirmed last February that it was designing the sixth installment in its hit series, without giving a release date. marketing.

The stakes are high for the studio, while GTA V has sold over 170 million copies worldwide since its release in 2013 and is believed to have made over $7 billion.

Cash machine as popular as it is decried for its violence, GTA allows players, since the very first episode in 1997, to embody criminals in cities resembling New York, Los Angeles, San Francisco or Miami.

What consequences on the development of the game after such a hack? “At this stage, we do not anticipate any disruptions to our live gaming services,” Rockstar promised. “Our work is continuing as planned.”

In reality, it is a “bad buzz” in terms of image which flattens the “launch strategy” of the game, by removing any effect of surprise, estimates with AFP Julien Pillot, economist specializing in cultural industries .

After such a mishap, “the objective is to reassure future customers and the market” about the “company’s reaction capacities in the face of this leak”, adds Loïc Gezo, cybersecurity expert.

Because after having already been heckled on Monday, the course of Take-Two Interactive, American giant in the sector and owner of Rockstar Games, continued to drop by nearly 3% on Wall Street on Wednesday.

Whatever the diagnosis, between the inevitable launch of an audit to seek responsibility, the cybersecurity teams who will have to redouble their efforts to find the breaches and the upheaval to come for the creative teams, the production time of the game will inevitably lengthen, not to mention the “additional costs”, according to the specialists interviewed.

Without forgetting the biggest fear of publishers in terms of cybersecurity: the theft of the “source code” of the game.

“The ‘source code’ is the know-how, it is the intellectual capital of the company”, deciphers Loïc Gezo. “An analysis of the “source code” by upstream experts can give ideas on [la manière de] hack or hijack the functions of the game”.