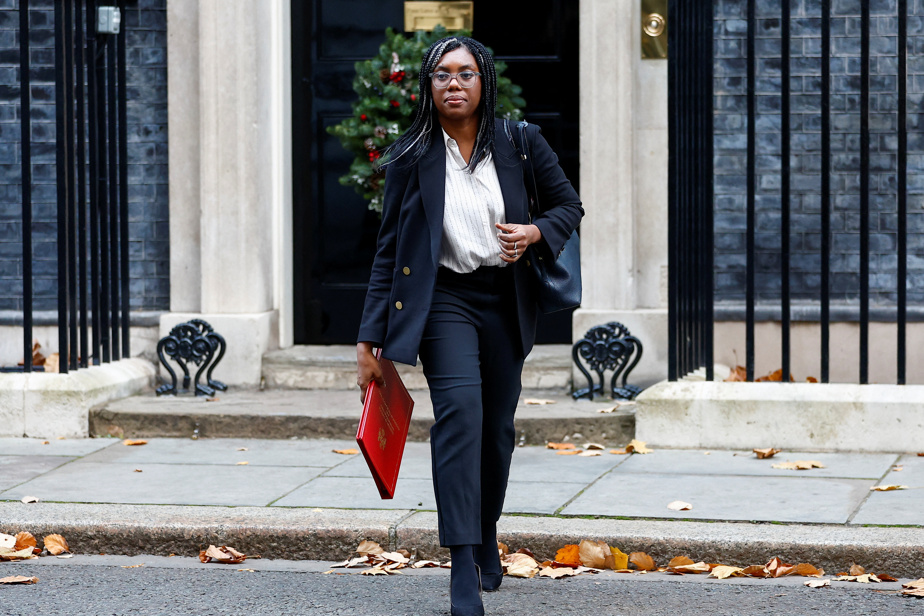 (London) The British government wrote to Washington to worry about the consequences of the massive American subsidies of Joe Biden’s big climate plan, in particular for its manufacturers of electric vehicles, in a letter revealed Friday by British media.

The U.S. plan risks “harming several economies around the world and impacting global supply chains in batteries, electric vehicles and broader renewable energy,” according to an excerpt from the published letter. speak FinancialTimes and The Times.

It also “undermines our common goals of promoting free and fair trade internationally,” UK Trade Secretary Kemi Badenoch said in a letter to US Trade Ambassador Katherine Tai, asking for “clarifications” in Washington.

The European Union, but also the United Kingdom and other countries, expressed their concerns in mid-December before the World Trade Organization (WTO) in the face of these subsidies.

Brussels has been worried for several months about the effects of the Inflation Reduction Act (IRA), a 420 billion dollar plan by American President Joe Biden largely devoted to the climate and adopted last summer.

This plan provides, among other things, for reforms and subsidies favoring companies established in the United States, particularly in the electric vehicle or renewable energy sectors.

The European Union is calling for more “coordination” and fears that its companies will flee across the Atlantic.

The President of the European Commission, Ursula von der Leyen, estimated in early December that the EU should take “rebalancing” measures to iron out the “distortions” of competition caused by the American plan.

Europeans are however divided on the response to the IRA, with French President Emmanuel Macron arguing for example for common European funding while German Chancellor Olaf Scholz advocates more dialogue with the United States.

Washington has made every effort to reassure the Europeans, saying that it is particularly open to possible “adjustments”.

“The United Kingdom expects to be and should, as the closest ally of the United States, be part of any flexibility in the implementation” of the American plan, called Mr.me Badenoch in his letter.

Contacted by AFP, the UK Department of Commerce declined to comment.