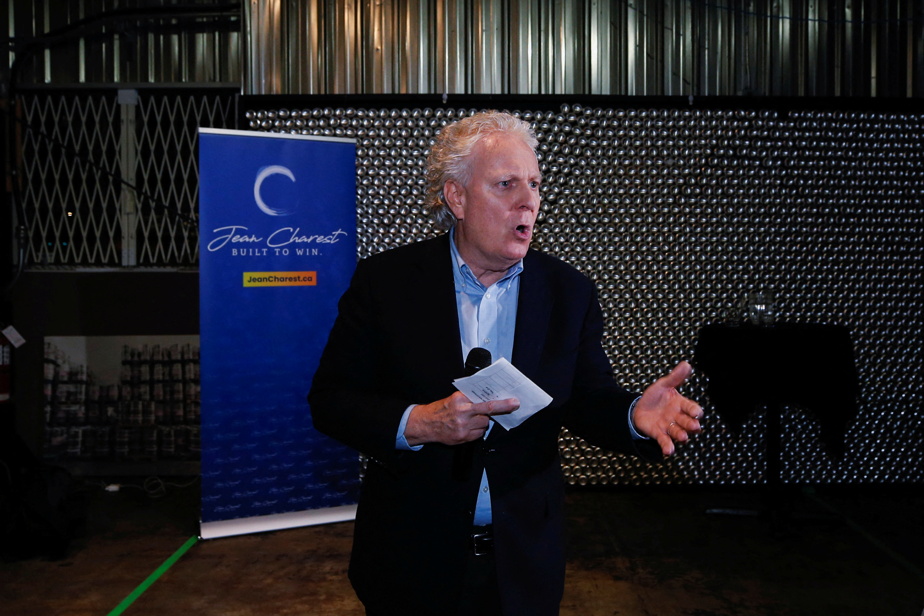 (Ottawa) Jean Charest believes that when it comes to lifting federal health measures, political leaders should first trust science, rather than their own judgment.

Federal conservatives and their supporters have long called for the removal of mandatory vaccinations for domestic passengers, government employees and those working in federally regulated industries.

Tory MPs also argue that those who choose not to be vaccinated should be able to replace this mandatory vaccination with regular screening.

When Prime Minister Justin Trudeau announced the vaccine evidence requirements ahead of last summer’s federal election, Conservative MPs said they were measures that fueled division in Canada and threatened the means of subsistence of honest workers.

More recently, the Conservatives have pointed to the provinces’ decision to drop the vaccine passport and other health restrictions, with the easing of the Omicron wave.

Mr. Charest believes, however, that decisions regarding the federal obligations still in place should be made by following the recommendations of health professionals, “who are there for that,” he says.

“We shouldn’t try to substitute our judgement. There is always an element of political judgment, ”said the candidate for the leadership of the Conservative Party, during a substantive interview on Thursday.

Mr. Charest also believes that Canadians should get more advice from the authorities on what to expect in the coming months, so that they can plan their lives.

“A leader must draw a clear line”

Unlike Mr. Charest, most other Conservative leadership candidates oppose health obligations and campaign on them.

Pierre Poilievre, in particular, is one of them. The first candidate to enter the race, the MP from the Ottawa region quickly positioned himself as the one who would restore freedoms to Canadians.

He also lent his support to the convoy of protesters who came to Ottawa in late January to demand an end to mandatory vaccinations for truckers – and who held a three-week siege, inciting local elected officials, police and Mr. Trudeau to speak of a “crisis”.

Mr. Charest believes that the anger and weariness that people feel about the pandemic is completely legitimate and that the participants in the convoy deserved to be heard. But a party leader, he said, must draw a clear line between doing what is popular and upholding the rule of law.

“It’s about picking an adult in the room to lead the party, unite the party,” he said. You cannot say to people, for example to indigenous groups, if there is a demonstration, once: “it is illegal”, then say for another demonstration: “that, it does not matter”. »

Without naming anyone, Mr. Charest was visibly referring to Mr. Poilievre, who had called for an end to the rail blockades organized by protesters in 2020 over the construction of a pipeline on the territory of an indigenous community in British Columbia. .

For his part, Mr. Poilievre describes Jean Charest as a “liberal”. He circulated images of Mr. Charest alongside Justin Trudeau, criticized him for his work with the Chinese company Huawei and called him a supporter of the federal “carbon tax”, which is reviled by many. conservative activists.

Mr. Charest called the attacks on Thursday “Trump politics”. Mr. Poilievre counters that Mr. Charest is trying to divert attention from his own record, while he is focusing on making Canada “the freest country in the world”.

Those watching Mr. Charest’s campaign may wonder what form his environmental agenda might take, given that he implemented a cap-and-trade system in Quebec when he was premier. emission of greenhouse gases (the “carbon exchange”).

Mr. Charest assures that he agrees with the idea of ​​putting a price on carbon, but he does not want to announce yet whether his environmental program would include pricing for consumer goods such as fuel.

“Carbon pricing cannot penalize those who live in rural areas. It cannot be discriminatory against them, he also specifies. The carbon price should be simple and flexible, but not punitive. The key lies in its elaboration. »

If he rejects the tone of his opponent Poilievre in the race, Mr. Charest was more complimentary towards another candidate, Patrick Brown. The current mayor of Brampton entered politics as a young Progressive Conservative and supported Mr. Charest when he led this federal party in the 1990s.

“I have a good relationship with Patrick, says Mr. Charest. We’ve stayed in touch over the years, so I have a lot of respect for Patrick. And I think it’s a good thing he’s in this race. »

The Conservatives will elect their new leader on September 10.