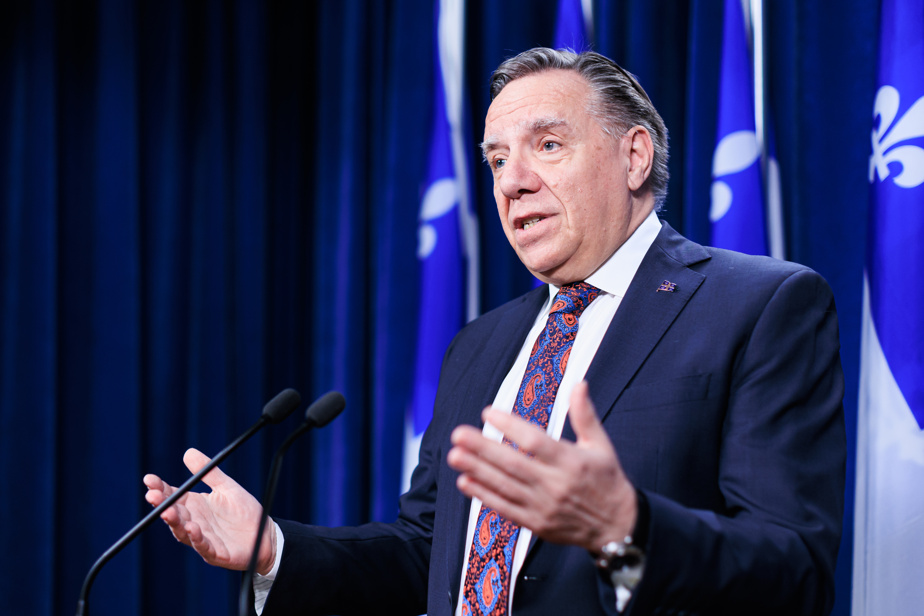 (Quebec) The majority of motorists respect the speed limit of 30 km / h near schools, said Premier François Legault, who finds “so sad” the death of a Ukrainian refugee girl who was hit on Tuesday by a driver in Montreal. However, CAA-Quebec data shows that the vast majority of speed limits are flouted by motorists.

When a journalist asked Mr. Legault what his government could do to ensure that motorists slow down near schools, the Prime Minister affirmed that “the majority of Quebecers respect the speed limits in school zones” .

“We have police who make sure this is the case. I ask Quebecers to be careful, we are talking about our children, ”he added. Mr. Legault, however, launches a “call” to motorists. “Please, in school zones, be careful,” he stressed.

However, according to an experiment conducted by CAA-Quebec conducted this year near schools, up to 96% of motorists exceeded the prescribed speed limit, some going as far as exceeding 70 km/h in a zone of 30 km /h.

“This is a very sad observation, since 92% of motorists were driving too fast, despite the signs being clearly present,” wrote the CAA-Quebec Foundation in a press release.

Tuesday morning, while walking to school with her brother and sister, a 7-year-old girl was hit by a motorist who then fled. His death was confirmed in the early evening, around 30 minutes before the start of a candlelight vigil initially aimed at supporting his recovery.

“It’s so sad what happened. We have someone who leaves a war zone and who comes here to get hit, it’s so sad, ”reacted Mr. Legault.

Several citizens have denounced the dangerousness of the school sector near Rouen and Parthenais streets, where the girl was mowed down by the driver. And other parents have criticized the lack of traffic calming measures around schools in other cities.

Active transportation — using walking or cycling to get around — is part of the Legault government’s strategies to fight climate change and to allow young people to have better physical health. On September 7, the Minister of Sport, Isabelle Charest, pleaded for that.

“I believe in active transportation at 100 miles an hour. There came a time when parents no longer sent their children on bicycles or on foot to school because it was too dangerous. I think that trend is being reversed more and more,” she said in an interview with The Press.